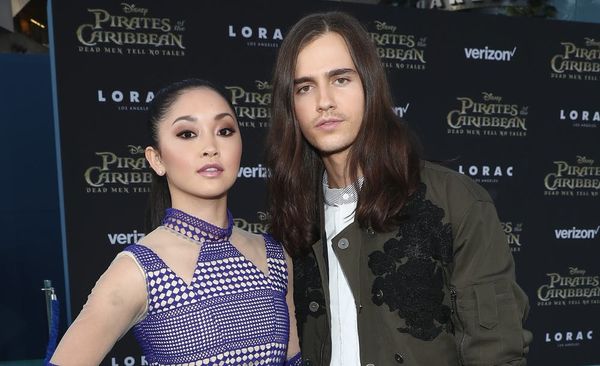 The world collectively swooned at Netflix’s hit rom-com To All the Boys I’ve Loved Before this summer, largely because of the chemistry between Lana Condor and Noah Centineo. Fans of the movie shipped the costars off-screen, but Condor has a longtime BF — and it turns out that he’s a real-life Peter Kavinsky.

Speaking to teen magazine Rollercoaster, Condor revealed that she and her IRL boyfriend, actor Anthony De La Torre, share a similar dynamic to the one her character Lara Jean Covey has with Centineo’s Peter Kavinsky.

“I am a hopeless romantic,” she said, according to Just Jared Jr. “I still write love letters now and so does my boyfriend. He even draws pictures on the front. I would say he’s more romantic than I am!”

Condor also said that, like Lara Jean, she didn’t hold back when it came to penning notes to the boys she had crushes on in school. “I was the girl in middle school who would write those [letters], like, ‘Do you like me? Do you not like me? Check yes or no!'” she said.

It’s possible that romantic streak is exactly what made the chemistry between Condor and Centineo in To All the Boys I’ve Loved Before so undeniable. “We sort of narrowed it down to five actors for each role,” director Susan Johnson told Brit + Co, “and then we mixed and matched them, and when we put Lana and Noah together, it was just magic.”

Hopefully, we’ll get to see more of that magic in a sequel someday.

Did you swoon learning that Lana Condor’s IRL relationship sounds like her on-screen one? Let us know @BritandCo!