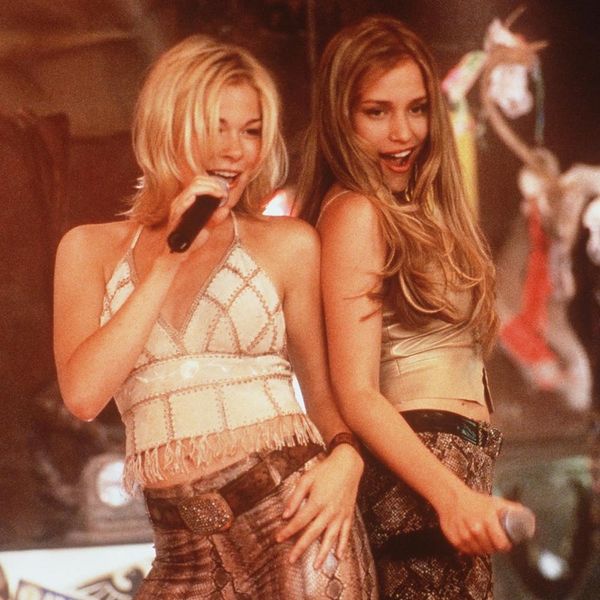 LeAnn Rimes “Can’t Fight the Moonlight” — or a good throwback! The country singer took to Instagram on Wednesday to share a recent moment in which she and some friends recreated the iconic bar scene from the beloved 2000 cult classic Coyote Ugly.

“This is what happens when your friends at @kemosabe1990 in Aspen move locations and open up a badass private bar upstairs and then turn on ‘Can’t Fight The Moonlight,'” she wrote.

In the pic, Rimes and her friends can be seen decked out in their finest cowboy hats and winter boots, laughing and dancing on a bar. “No one could resist!” she continued. “Coyote Ugly 2.0!”

Unfortunately (for us), the beaded, cropped tank top and pleather snakeskin pants that she wore on the big screen 17 years ago did not make an appearance.

This is what happens when your friends at @kemosabe1990 in Aspen move locations and open up a bad ass private bar upstairs and then turn on Can’t Fight The Moonlight. No one could resist! Coyote Ugly 2.0!

The candid moment is an homage to Rimes’ famous cameo in the film, where, at the end, she shows up to surprise Piper Perabo’s character Violet with a performance of the song, which Violet wrote. Rimes even made the official “Can’t Fight the Moonlight” video a recreation of the scene, with snippets of the actual film throughout.

Given the current popularity of reboots of ’90s and ’00s movies and TV shows, you just never know — we might end up seeing a Coyote Ugly redo someday. It seems like Rimes would be down to reprise her role — and we’d be totally okay with that.

Would you watch a Coyote Ugly reboot? Let us know @BritandCo!