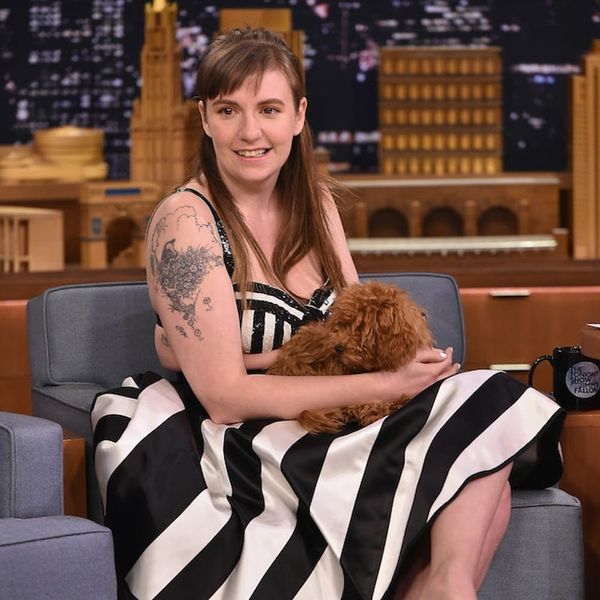 Eyebrow trends are a tricky thing. One year super thin arches were all the rage, and now, celebs like Cara Delevingne and Lily Collins have ushered us into a time of strong ones. And that stinks if, like Lena Dunham, you were a little overzealous with your tweezers back in the aughts. To help right her wrong, the Girls star and creator documented her journey in brow rehab in a video for Vogue.

In her second of three appointments with Beverly Hills-based cosmetic artist Dominique Bossavy, Dunham admits that she “plucked the crap out of” her eyebrows. To recreate her natural arches, she is relying on microblading, a process that involves applying pigment under the skin with a flat blade for a semipermanent tattoo.

“So true story: I remember the first time I saw the ‘Hit Me Baby One More Time’ video,” Dunham says. “I was home sick and it was playing on MTV. I was like that is the most beautiful and dynamic person I have ever seen. And she has like, point five percent of an eyebrow.”

The actress continues chatting throughout the video, sharing photos of her brow history and how she decided to try the trend for the first time. The results? Full brows that are definitely on fleek.

“My character [Hannah on Girls] was a woman of weak eyebrows and that is what she had to be, so now I’m entering a new phase of my life and I think I discovered my eyebrows just when I was supposed to,” Dunham said, ending the video with a selfie.

Watch the whole video at Vogue.