Lena Dunham Silences Her Style Critics With the Ultimate Clapback 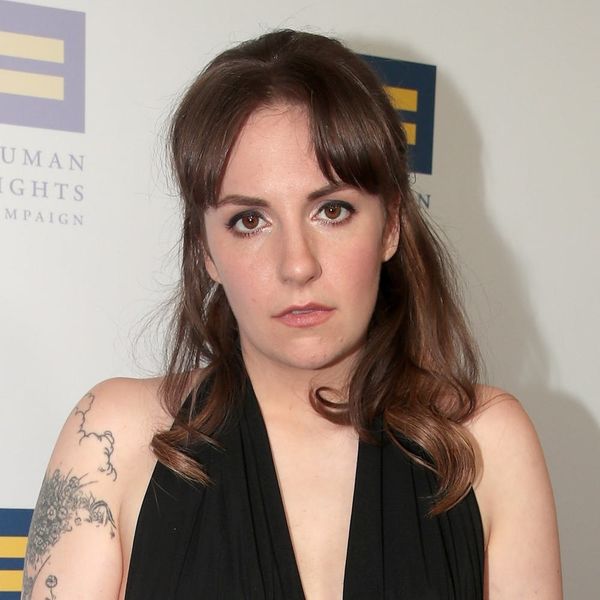 There are plenty of reasons to love (and envy) Lena Dunham: her colorfully chic home, her long ombre locks, her smashing success with Girls… the list goes on. Unfortunately, the trolls always find something to latch onto. This time, it was Dunham’s sartorial choices.

On Saturday, the Girls creator and star attended the Human Rights Campaign Gala in Los Angeles to speak and honor her friend, America Ferrera.

After the event, Perez Hilton’s fashion platform Coco Perez posted a picture of her red carpet look on Instagram with the caption, “Nice to see her trying!”

But Dunham wasn’t about to take any crap. She clapped back in the comments section of the pic, writing, “I try at a lot of things. Mostly I try at being a writer, director, actor, activist, friend, sibling, partner, godmother.” Tell ’em, girl! She went on to say how dressing up is fun, but there are more important things to spend time and money on, like charity, books, and food.

She also responded to another cattily captioned photo on Coco Perez’s Insta. In response to the “Fill in the Blank! @LenaDunham ____________.” caption, Dunham said, “When I look at that picture you subjected to ‘caption this’ criticism, I see a day well-spent writing, reading, having tea with a friend.”

Lena posted this on our last photo. Well-said! PerezHilton.com/LenaDunham

Whether the site was just properly ashamed of their behavior or they were swayed by Dunham’s fierce argument, we aren’t sure, but they reposted her comment in its entirety, simply saying “Well-said!”

What do you think of Coco Perez’s comments? Tell us @BritandCo!

Shea Lignitz
Shea can be found in the nearest bookstore or brewery, exploring the great outdoors, or blasting Led Zeppelin. She grew up in the cold and rain of Northern California's redwoods but is currently wandering around Texas.
Celebrity Style
Celeb Style
Celebrity Style Controversy
More From Celeb Style