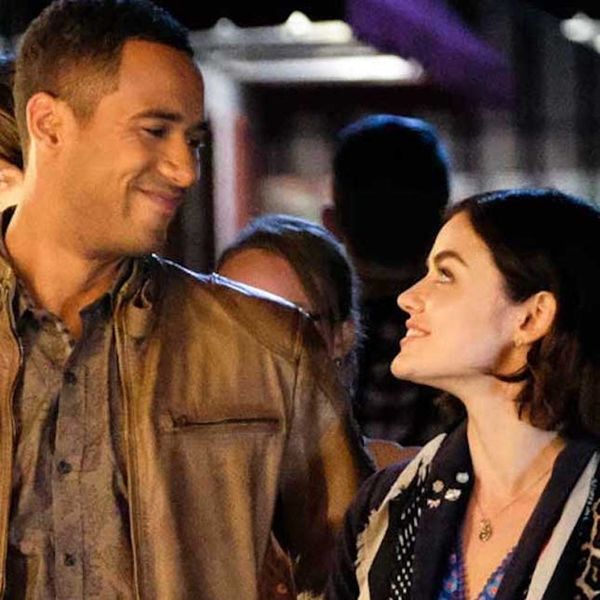 Life Sentence is at its most enjoyable when the action is focusing on family drama. The writers have crafted an interesting family dynamic that centers a lot around Stella’s cancer — or lack thereof, now that she’s cured. The show is less interesting when Stella and Wes’ love lives are the focus, as in “Who Framed Stella Abbott?”

The strongest story line of the week belongs to Aiden, who gets a job at the coffee shop with Stella’s help but quickly goes back to selling his ADHD medication to his old clients, the local high-powered moms who do things like make their kids’ science fair projects for them. Aiden and the moms get a nice little system going, where Aiden puts the pills on the bottoms of the coffee cups and the moms pay him in the tip jar.

Stella figures out what’s going on just in time to get arrested alongside her brother, but that doesn’t last long, because everyone says she wasn’t involved. But she’s understandably concerned about Aiden, whose life is a straight-up mess right now.

Her parents think tough love is the right approach and decide to let him cool his heels in jail for a while, but Stella disagrees and sells her little scooter to get Aiden’s bail money. Wes actually beats her to the punch on bailing Aiden out, but everything goes south when Wes overhears Stella telling Dr. Grant that he’s the only person who truly understands her. More on that later.

So Aiden is out of jail. But it turns out this isn’t his first offense. He has another blemish on his record for “borrowing” an ATV, and now he’s looking at a felony drug charge. He tearfully tells Stella that he doesn’t want to be this person, but that he doesn’t know how to fix things.

This plotline hits very close to home for me, and I think the writers and cast have done a really good job depicting the struggle of wanting to help someone but knowing that there’s a very, very fine line between helping and enabling. Jayson Blair has also done a lot to make Aiden well-rounded and sympathetic, rather than just a pretty face who kind of has problems. The struggle to turn your life around is real — sometimes the hole you’ve dug yourself feels too deep to ever climb out. Honestly, spending a little time in jail might be the best thing for Aiden right now, but it remains to be seen what happens.

Facing a felony charge is serious, so I hope the show doesn’t gloss over that with a little community service. But so far the writers have done a great job with this plot thread, so I trust in them to keep it up.

What I have less trust in is what’s going on with Stella, Wes, and Dr. Grant. It feels so forced — of course Stella fell for this young doctor who has a huge heart and a sad cancer backstory and is super hot. Never mind that he behaved incredibly inappropriately toward her a few episodes ago — it’s like she doesn’t even care.

Wes and Stella’s marriage is plenty interesting on its own, though. They barely know each other, and now that she’s not dying, that’s kind of a big deal. The dynamic of Wes being head-over-heels in love with Stella while Stella simply “chose” Wes could still be in play without a third party. Lots of relationships struggle with one person’s feelings being stronger than the other person’s feelings and it would be just as interesting to watch Wes and Stella try to deal with that without Dr. Hottie being there.