Lily Collins Addresses the To the Bone Eating Disorder Controversy 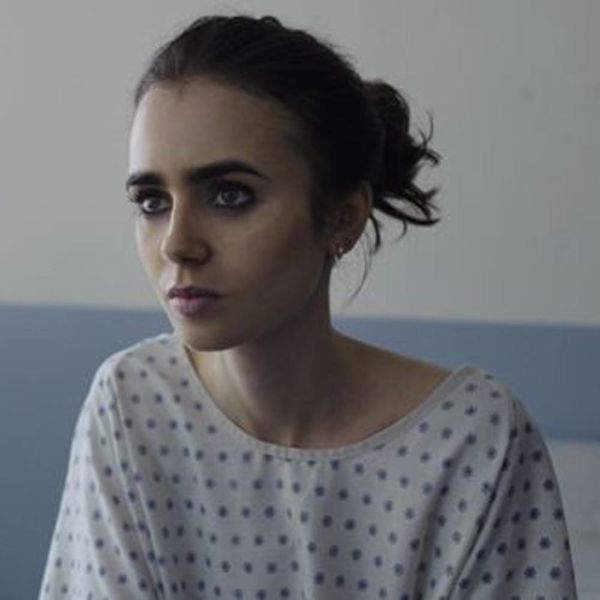 Lily Collins has already spoken about how proud she is to be a part of To the Bone, the new Netflix film that tells the story of a woman battling anorexia. As someone who has struggled with her own eating disorder, the actress knows how important it can be to show those in similar circumstances that they’re not alone, and that help is available. But some people have expressed concerns that the movie could be triggering. As criticism continues to roll in, Collins addressed the controversy, and her much-talked-about weight loss for the part, in a new interview.

“There was never any time limit, there was never a [weight] number,” the 28-year-old told USA Today of preparation for her role. “[But] I didn’t want to get to the end of this experience and feel like I didn’t access what I needed to portray Ellen [her character]. I can honestly say I gave it everything that I could and was able to stay Lily.”

Staying true to herself meant not only working with a nutritionist on the film, but also staying accountable to those around her, including her own mother.

Additionally, she used clothing and makeup to complete the shocking physical transformation. “Makeup, in general, is amazing,” she said, noting that baggy clothes, lighting, and prosthetics for her collarbone and cheekbones were used to make her look thinner as her character continued to lose weight.

She also confirmed why she felt it was so important for her to take on this role despite (or rather, because of) her past struggles. “For me, it was a sign from the world saying, ‘This is probably something that is actually bigger than you. There’s a larger thing in play here and both are going to be able to better inform one another.’ When you have your life’s mission and the mission of a project merge like this so beautifully, that’s like total magic.”

According to People, the filmmakers consulted with Project Heal, an organization that raises money for people who are battling eating disorders and can’t afford treatment. “I nor [director] Marti [Noxon], nor anyone on the cast, would ever set out to make a film that would glamorize or encourage a disorder that I, and Marti, personally went through, that was so negative,” Collins previously told Access Hollywood. “So coming from that place, we just hope to start a conversation and look forward to people seeing the actual film.”

Will you watch To the Bone? Let us know @BritandCo.