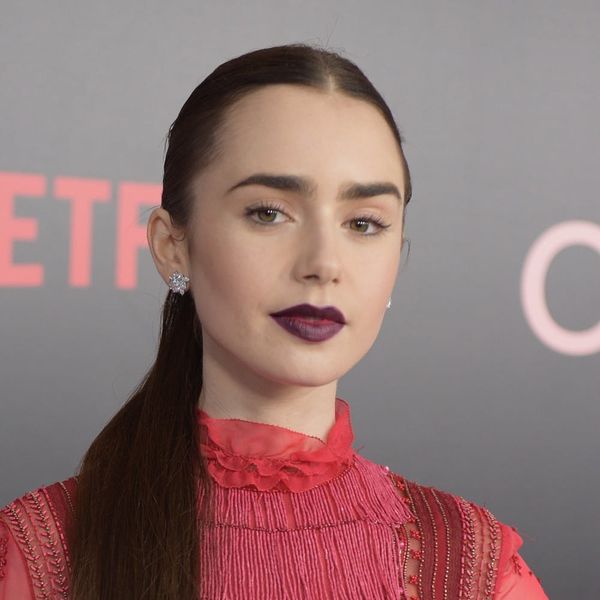 When Netflix debuted its original series 13 Reasons Why at the end of March, it proved to be an instant success, quickly breaking records to become the most Tweeted about show in the network’s history.

Yet it also proved to be a plenty controversial, thanks to its uber-graphic depiction of teen suicide in its lead character, Hannah Baker. The show was reportedly so emotionally draining at times, actors were provided with on-set therapy dogs to cope with the heavy material they were being asked to live out.

Though executive producer Selena Gomez stuck by the show, it ultimately faced some serious backlash from viewers, health care professionals, and suicide prevention groups alike, who were concerned about how the content might affect those struggling with mental health disorders and depression.

Now, another Netflix original is stirring up similar controversy with its trailer for To the Bone, a new film in which Lily Collins portrays a young woman battling anorexia.

Not only did Lily Collins, who once struggled with an eating disorder herself, lose weight to play the lead role of Ellen (albeit with the aid of a nutritionist, who helped her to stay safe in her quest), viewers are divided over whether the jarring story will be triggering for those currently struggling with diseases such as anorexia and bulimia.

I will be extremely disappointed if Netflix doesn't provide proper trigger warnings and resources for viewers of "To The Bone."

I will be extremely disappointed if Netflix doesn't provide proper trigger warnings and resources for viewers of "To The Bone."

Netflix's 'to the bone' is just a massive trigger to anyone with mental health problems or any form of eating disorder, it is not helpful

i wrote about the to the bone trailer and how gross it is pic.twitter.com/Xg0X9i9OJ8

Others still argue that such content needs to be seen in order to help anyone with such issues to feel less alone and stigmatized.

My two cents on Netflix's "To The Bone" debate: pic.twitter.com/jJYM0WEIb4

To the bone is great, I mean there is an "happy ending" in a movie about anorexia, and I feel it's very important BC THERE IS A WAY THROUGH

Though the film won’t air in full until July 14, the cast, which also includes Keanu Reeves, did film a PSA about the “Nine Truths About Eating Disorders” for World Eating Disorders Action Day.

Collins herself says that “she’s proud to have been part of such a powerful and inspiring film,” opening up to People to say, “I believe has the potential to make a difference and promote open conversation about a topic so often considered too taboo to discuss.”

The film’s creator, Marti Noxon, has also struggled with an eating disorder firsthand. Netflix has Tweeted her response to the premature backlash the film is receiving, in which she details the lengths she went to keep the film responsible. “We spoke with other survivors and worked with Project Hope throughout production in the hopes of being truthful in a way that wasn’t exploitive,” she wrote. “My goal with the film was not to glamourize EDs, but to serve as a conversation starter about an issue that is too often clouded by secrecy and misconceptions.”

A word on To The Bone, below. A beautiful film made with a lot of heart and respect by director @martinoxon and star @lilycollins https://t.co/9d5z0Faz8T

Start a conversation, she certainly did.

Watch the trailer in full here.

What’s your take on this controversial film? Tell us @BritandCo!

Nicole Briese
Nicole is the weekend editor for Brit + Co who loves bringing you all the latest buzz. When she's not busy typing away into the wee hours, you can usually find her canoodling with her fur babies, rooting around in a bookstore, or rocking out at a concert of some sort (Guns N' Roses forever!). Check out all her latest musings and past work at nicolebjean.com.
Controversy
Movies
Controversy Netflix
More From Movies