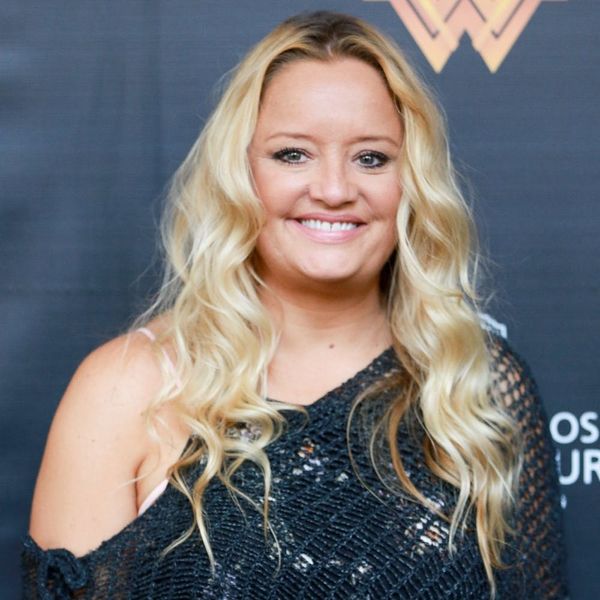 With our love of Riverdale still going strong, we can’t wait for Netflix to dive into the Archie Comics universe with their updated (and supposedly super-spooky) take on Sabrina the Teenage Witch.Mad Men‘s Kiernan Shipka has already been cast in the title role, and now we know one of the people who will be helping the young magic-maker embrace her supernatural ways: British actress Lucy Davis, who will play Sabrina’s Aunt Hilda.

If you don’t recognize Davis’ name right off of the bat, you’ll definitely know her face — she played the delightful Etta Candy (Steve Trevor’s secretary and Diana’s new bestie) in Wonder Woman.

Beyond that, she also appeared as Dawn Tinsley in the original British version of The Office and as Dianne in Shaun of the Dead. And now she’s getting ready to conjure up a new persona as Sabrina’s witchy aunt.

Hilda, one of the two enchanted ladies who act as Sabrina’s guardians, has a “wicked, ghoulish streak,” according to Deadline. She also has a knack for “brewing spite jars against her family’s enemies” and “concocting love potions for the students at Baxter High.” That could stir up trouble in all kinds of ways — especially for her niece, who is just coming into her magical ways while also battling the various evil forces that threaten her and her friends and family.

Davis’ casting news follows other reports that Chance Perdomo and Michelle Gomez have been brought on as series regulars, too. Perdomo will be playing Ambrose Spellman, Sabrina’s warlock cousin who has been placed under house arrest by the Witches Council, while Gomez, who is most well known for her character Missy on Doctor Who, is said to be coming on as Sabrina’s favorite teacher and mentor Mary Wardell. Ms. Wardell just happens to be possessed by the devil’s handmaiden, Madam Satan, who does her best to occasionally lure Sabrina down the Path of Night. Yikes!

While there’s no premiere date yet for The Chilling Adventures of Sabrina, this cast of characters is already giving us chilling magical vibes.

What do you think about Lucy Davis playing Aunt Hilda in the new Sabrina series? Let us know @BritandCo!