LuLaRoe Is Being Hit With 2 New Class-Action Lawsuits 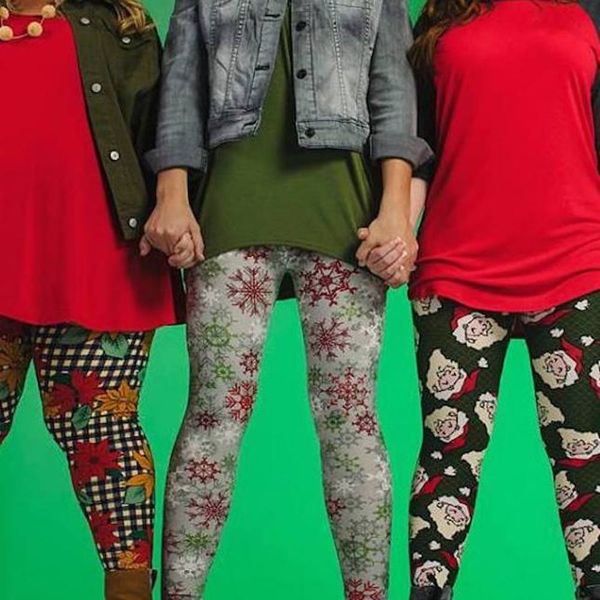 UPDATE: (10/26 at 7:45pm) A spokesperson for LulaRoe has responded to our inquiry for a statement regarding the lawsuits we initially reported on to say the following: “LulaRoe has grown exponentially over the last four years. Our success has made us the target of orchestrated competitive attacks and predatory litigation. We take all litigation — regardless of its lack of merit — seriously. We have not been served with the recent complaints, but from what we have seen in media reports, the allegations are baseless, factually inaccurate, and misinformed. We will vigorously defend against them and are confident we will prevail.”

In the five short years it’s been in business, LuLaRoe has built an empire around leggings, printed dresses, and other comfy, affordable wears. It’s also been the center of much controversy. Reports of shoddy product have plagued the company, and, in more recent months, complaints have surfaced from unhappy sellers who found the comments and business practices of company CEO Mark Stidham to be “aggressive and intimidating.” Now, LuLaRoe is facing two new class-action lawsuits.

In the suit filed on October 13, four plaintiffs across the US claim that the business deceived its salespeople with sudden changes to its inventory policy in September. According to the suit, “LuLaRoe uniformly promised that the 100 percent buyback policy would never expire … Unfortunately, overnight on September 13, 2017, LuLaRoe reneged on its end of the bargain. Instead of honoring its 100% buyback and free shipping agreement, LuLaRoe is not providing fee [sic] shipping and is honoring at most a 90% refund and even then it comes with numerous exceptions, thereby cheating Plaintiffs and the Class out of thousands of dollars.” Additionally, each of the plaintiffs report thousands of dollars worth of merchandise that they’ve struggled to return due to this policy changes.

In a press statement released by the company regarding the September 13 change, they wrote, “We decided to end the waiver when it became evident that a good number of retailers were abusing the program by returning product in extremely poor condition and providing inaccurate claims, as well as a retailers using it as temporary solution to struggles in their business.”

The lawsuit also fires off several other counts of misconduct, including unlawful and unfair business practices, misleading advertising, and breach of contract.

Friday was chock full of great training! Special guests Emily Henry, Oliver Luckett, and Melinda Lanier shared valuable insights on leadership, social media, and building a community while CEO Mark Stidham reminded us to see opportunity in challenges. Patrick and DeAnne treated us to a fashion show featuring sneak peaks of this year’s elegant collection! We can’t wait to share it with you! #LuLaRoe #LuLaRoeBringItOn #LuLaRoeBringItOnD2

In another suit, filed on October 23, the plaintiffs claim they were “unknowingly recruited into Defendants’ pyramid scheme through manipulation and misinformation.”

The suit also alleges, “Consultants are instructed to keep around $20,000 worth of inventory on hand, and are inundated with the phrase ‘buy more, sell more.'” As a result, “These incentives mean new consultants are aggressively pressured to continue purchasing wholesale inventory even when the inventory they have is not selling, is unlikely to sell, or is piling up in their garage.”

According to the suit, in order to purchase the initial inventory, consultants were encouraged to “borrow money, get loans, take out credit cards, and some were even asked to sell their breast milk to attain funds to purchase inventory.” The claims were substantiated by a YouTube video of YouTube mentor Kim Roylance speaking about one consultant who did just that. Consultants struggling to move their inventory in what they call “an over saturated market,” were told they couldn’t sell their existing product, “because they needed to acquire more inventory.”

What are your thoughts on the LuLaRoe scandal? Let us know over @BritandCo.

Nicole Briese
Nicole is the weekend editor for Brit + Co who loves bringing you all the latest buzz. When she's not busy typing away into the wee hours, you can usually find her canoodling with her fur babies, rooting around in a bookstore, or rocking out at a concert of some sort (Guns N' Roses forever!). Check out all her latest musings and past work at nicolebjean.com.
Controversy
Style News
Controversy Style