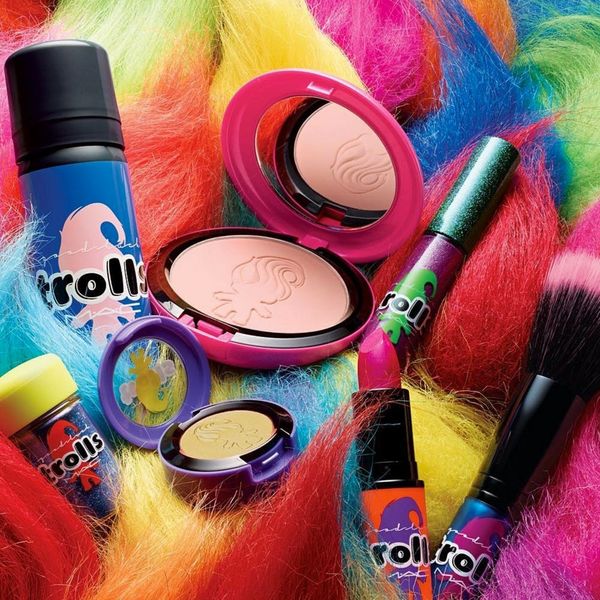 Just in case you thought that the ’90s revival was beginning to wane, MAC has a new collab that’s about to prove you totally wrong. We were already stocking up on mom jeans and revving up for that Legends of the Hidden Temple remake, but now the beauty brand is introducing a nostalgic comeback that has us freaking out. Allow us to introduce MAC’s new Trolls makeup line.

Those ugly-cute toys of the ’90s have returned yet again to make your beauty regime extra fun. MAC announced the upcoming line this morning with a Facebook post that read, “Hair we go! The wild-haired dolls of your youth bring their rainbow tufts, bejeweled bellies and lucky charms to M·A·C Good Luck Trolls — a crazy-hued collection as silly as the characters themselves. Being a troll has never been so glamorous!”

Being a troll has never been so glamorous! M·A·C Good Luck Trolls — a crazy-hued collection as silly as the characters themselves. Available in August in select markets! #MACGoodLuckTrolls DreamWorks Trolls © 2016 DWA LLC.

So what does a trolls makeup line actually include? From this sneak peek the brand shared on Instagram, you can expect to find lime, blue and frosted hot pink colored lipsticks, bright pink, white, mustard yellow and cobalt blue shades of eye shadow and as a final kicker, the collection will also include brushes. Everything is priced between $16-43 and will be available online on July 28th and in stores on August 4th.

Cortney Clift
Cortney is the senior writer and special projects editor at Brit + Co. She typically covers topics related to women's issues, politics, and lifestyle. When she's not buried behind her computer you'll find her exploring New York City or planning her next big adventure.
MAC
Beauty News
MAC