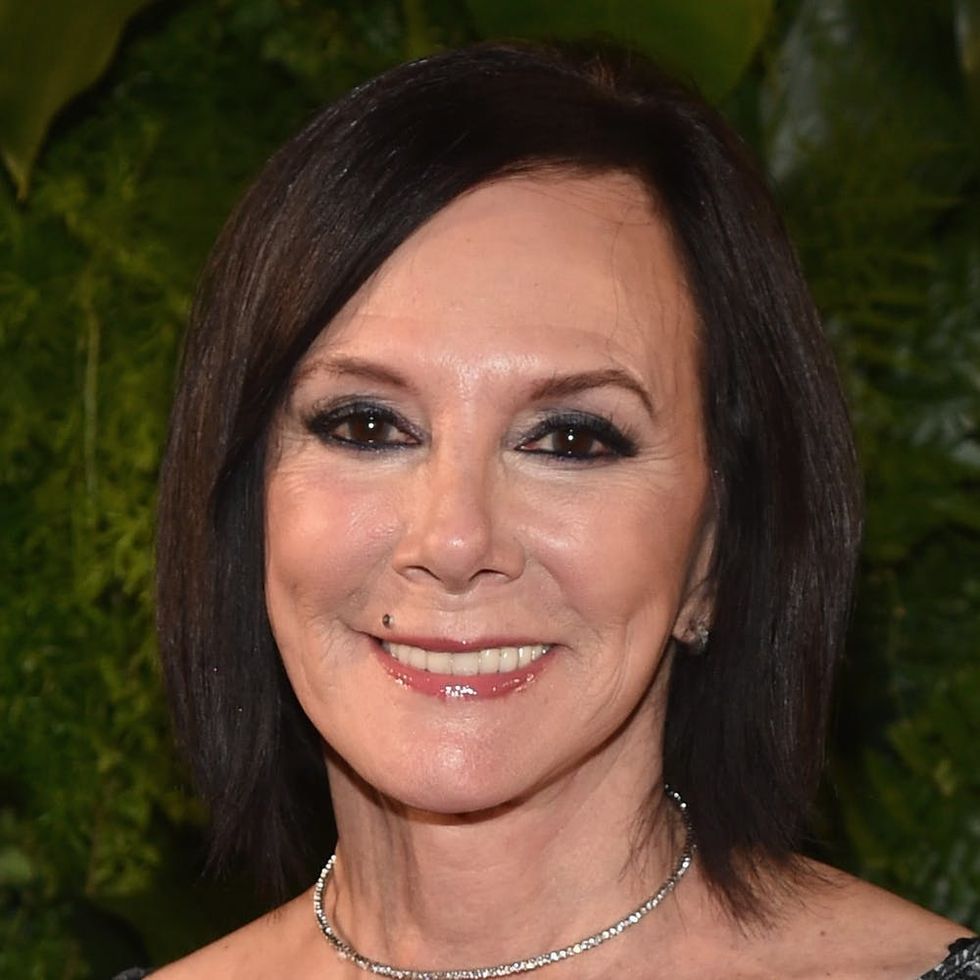 In an era of #MeToo and TIME’S UP, equality in the workplace is at the forefront of society’s consciousness. People are pushing back against the gender wage gap, even drawing attention to the salary discrepancies between stars like Michelle Williams, Catt Sadler, and Claire Foy, and their male counterparts. We’ve also seen resistance against red carpet interviews that focus on a woman’s appearance instead of her work, culminating in a movement to encourage media outlets to #AskHerMore. But that wasn’t always the case. In the mid-‘90s, we watched sexism in the workplace taking place right before our very eyes on live TV — and no one said a word.

The year was 1995, and Marcia Clark, the first and only woman in the LA special trials unit, was prosecuting one of the world’s most famous cases to date: the O.J. Simpson trial. We were firsthand witnesses as Clark was not only interrupted in the courtroom by Judge Lance Ito, but as every detail of her look was dissected by the public — Clark has previously said that a jury consultant told her to “talk softer, dress softer, and wear pastels.”

If anyone did notice the sexism taking place, they never spoke of it — until The People v O.J. Simpson began to air on FX in 2016, that is. Executive producer Ryan Murphy shone a spotlight on the chauvinistic treatment the lawyer received while prosecuting what was arguably the biggest case of her career, prompting people to sit up and take note.

“It feels like an understanding of the context in which everything took place and what we had to go through,” she tells Brit + Co via telephone. “The public understanding of our situation — the whole team — deepened as a result of that show.”

There have also been signs that the audience’s understanding of Marcia Clark as a person has deepened. Actress Sarah Paulson, for one, famously apologized to Clark on behalf of the American public while accepting an Emmy award for her depiction of the high-profile prosecutor.

“The more I learned about the real Marcia Clark, not the two-dimensional cardboard cutout I saw on the news, but the complicated, whip-smart, giant-hearted mother of two who woke up every day, put both feet on the floor, and dedicated herself to righting an unconscionable wrong — the loss of two innocents, Ron Goldman and Nicole Brown — the more I had to recognize that I, along with the rest of the world, had been superficial and careless in my judgment, and I am glad to be able to stand here today in front of everyone and tell you I’m sorry,” she said.

It’s an apology Clark says she’s never received from the person whom she feels undermined her credibility the most during the Simpson trial: Judge Lance Ito. “And,” she tells us, “that’s never gonna happen.”

The mother of two, now a symbol of feminism in her own right (see: her video profile for MAKERS!) also remembers feeling “denigrated” by other women who, in Clark’s view, felt “threatened by women who wanted to have a family and a career, or just a career.”

Though the focus of the #MeToo and TIME’S UP movements has primarily been on the need for men to change, Clark says it’s essential that women also shift their attitudes, where necessary, in order to move forward together.

“If women don’t stand up and join hands and fight back against the patriarchy… then, of course, it’s going to impede the ability to have progress in women’s equality,” she says. “Women will not advance… as long as we are divided.”

Still, she sees signs of progress, including the 2016 Democratic presidential nomination of Hillary Clinton. “I’m hopeful that a woman was even nominated,” she shares.

Has there been enough progress for her most famous trial to have had a different outcome were it tried today, however?

“No, and ultimately, I don’t think that verdict was ever about sexism,” Clark muses. “I think [it was about] 400 years of racial injustice, the very recent riots [over] the Rodney King verdict, everything except the evidence in that case. I don’t think I played a big part.”

A very prominent women’s issue that Clark feels DID play a part in the trial was domestic violence, which was not well understood by the general public at the time of the trial.

“Domestic violence is the leading cause of injury… to women,” she says. “I don’t think people were nearly as aware of the link between domestic violence and murder, although we were.”

Rather, she says the public’s point of view at the time was that domestic violence “was a family matter, a personal affair, and something the victim should be ashamed of as well as the victimizer.”

In that sense, the former prosecutor says she feels the jurors might be a bit more empathetic today. “We might get a better attitude from the jurors in terms of an understanding that domestic violence is closely linked to murder,” she explains.

Not that Clark will be making her way back into the courtroom anytime soon. “No, those days are done,” she says. “I’m onto the next phase of my career.”

It’s one that’s plenty full, with the author penning crime novels (Clark first released her memoir, Without a Doubt ($12), after leaving the legal profession in the wake of Simpson’s “not guilty” verdict), starring as the host of Marcia Clark Investigates the First 48, which premiered on A&E on March 29, and writing scripts for ABC’s new show, The Fix.

The show’s premise mirrors Clark’s own life to a point, with its lead, Maya (Robin Tunney), prosecuting a case that has the nation captivated, only to be crushed by its verdict and leave the profession. But make no mistake: Marcia, Maya is not. “Maya is a fictional character,” the writer stresses.

For one thing, the character makes her grand return to the courtroom throughout the course of the show, which Clark says will be told through many different points of view. “It’s a legal thriller mixed with a soap opera.”

We, for one, will definitely be tuning in.

What do you think of Marcia’s outlook on feminism? Share with us over @BritandCo.

Nicole Briese
Nicole is the weekend editor for Brit + Co who loves bringing you all the latest buzz. When she's not busy typing away into the wee hours, you can usually find her canoodling with her fur babies, rooting around in a bookstore, or rocking out at a concert of some sort (Guns N' Roses forever!). Check out all her latest musings and past work at nicolebjean.com.
Feminism
Empowerment
Feminism