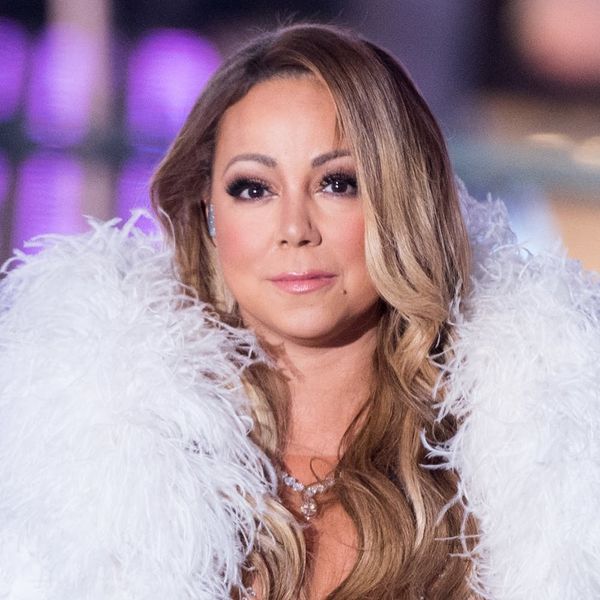 Mariah Carey has been laying relatively low since her NYE performance disaster, hanging with friends and loved ones, like ex-husband Nick Cannon, but now that Ryan Seacrest has had his say on the whole debacle, Mariah is speaking out, once and for all.

In an audio clip posted to her Twitter page, Mariah addressed both the situation and her fans. The 1:40 minute sound bite sees her defending herself, saying she came to have a good time. “I came to New Year’s Eve in New York in great spirits and was looking forward to a celebratory moment with the world,” she says.

She also not-so-subtly slammed the Dick Clark Production team, saying, “It’s a shame that we were put into the hands of a production team with technical issues who chose to capitalize on circumstances beyond our control.” Mariah then goes on to explain that for her, it wasn’t practical to attempt to sing live without her ear monitors working properly, meaning she wouldn’t be able to hear herself properly with all the hustle and bustling noise of Times Square in the background.

“Listen guys… they foiled me,” she says. “It turned into an opportunity to humiliate me.”

While she promises to explain the technical situation in greater detail soon, for now, she wants us to know that she’s not in the best of spirits, despite the brave front (you may recall the “Sh*t happens” Tweet she issued the day after the event) she’s been putting up.

“I cannot deny that my feelings are hurt,” she admits, stressing that while she very much appreciates the support of her fans, it may be time for a break from social media. “This is a very important time for me to take a moment for myself and prepare for my upcoming tour in March.”

We’ve gotta say — we feel for her. Regardless of blame, some of the comments we’ve seen on her accounts in the aftermath of the debacle have been downright cruel and are totally uncalled for, lip syncs be darned.

Take some time for you, Mimi — and hopefully we’ll see you back and better than ever in March!

Do you think Mariah is making a smart move by removing herself from the scene for a while? Tell us @BritandCo.

Nicole Briese
Nicole is the weekend editor for Brit + Co who loves bringing you all the latest buzz. When she's not busy typing away into the wee hours, you can usually find her canoodling with her fur babies, rooting around in a bookstore, or rocking out at a concert of some sort (Guns N' Roses forever!). Check out all her latest musings and past work at nicolebjean.com.
Controversy
Celebrity News
Controversy Music New Years Eve
More From Celebrity News