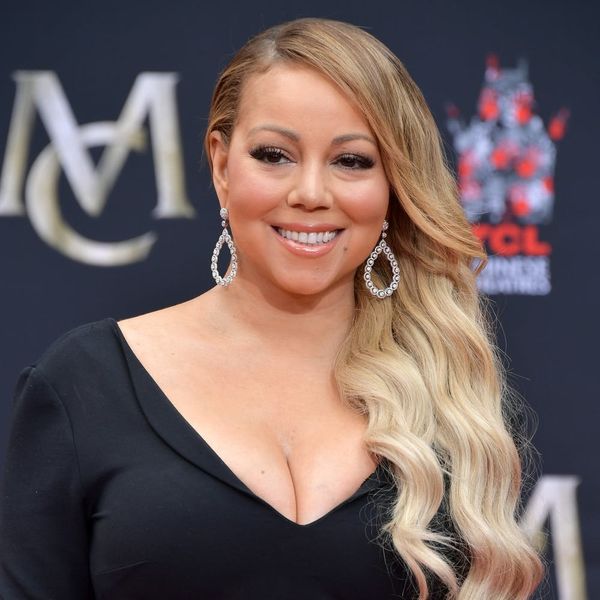 Mariah Carey has been the undisputed Queen of Christmas since the 1994 release of her enduring hit “All I Want for Christmas.” And while there’s no topping that classic, her new holiday song and video, “The Star,” have us feeling all the warm fuzzies of the season.

Singing the title track from the new animated feature The Star, Carey embodies the holiday spirit in a long, shimmery silver gown and cape. Adding even more magic to the track are the backup vocals from her six-year-old twins, Monroe and Moroccan. Not only can they be heard singing, “Follow your heart; it’s Christmas,” in the chorus, but they also make a cameo in the movie-montage video, joined by another kid for their big moment.

Even little Moroccan can’t deny his mom’s Christmas magic, and last year, we were treated to a video of him singing along to “All I Want for Christmas.”

“I love my family first. I love my kids first and they’re amazing,” Carey recently told Brit + Co. She also detailed a few of her family’s favorite Christmas traditions, admitting that the holiday is a big production for her (we’d expect no less, TBH).

And of course, there’s Santa Claus! “Santa Claus comes every year, even some reindeer,” she said. “Really it’s the spirit that matters the most, so that’s what I’m looking forward to doing. To me, that’s much bigger than anything.”

Between this and the Christmas song that Hanson just dropped, we’d say our holiday party playlists are already looking pretty good! Check out Carey’s “The Star” below.

Are you a fan of holiday music? Let us know @BritandCo!