Mark Ruffalo Had a Funny Reaction to Those Noah Centineo Comparisons 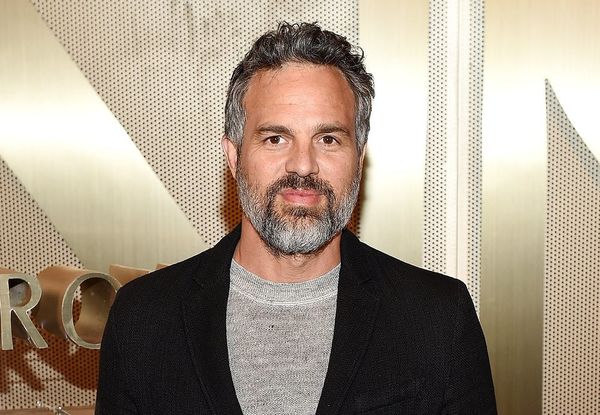 Ever since Noah Centineo’s star-making role in Netflix’s To All the Boys I’ve Loved Before, people have been likening him to actor Mark Ruffalo. Now, thanks to Jimmy Fallon, we get to hear what Ruffalo thinks of the comparisons.

“Have you ever heard — do you know Noah? This is Noah Centineo right here. People say you look alike,” Fallon told Ruffalo as he held up a picture of Centineo on the Wednesday, March 13, episode of The Tonight Show.

“I wish I was that good looking,” Ruffalo joked. “He might be able to play my dad one day.”

The late-night host then played a video of Centineo saying in an interview that even casting directors often compare them, not only in looks, but in voice, too. “I even think I am Mark Ruffalo, and space and time is just a weird thing that we can’t understand,” the young Sierra Burgess Is a Loser star quipped in the clip.

Ruffalo was flattered but unconvinced. “He’s way better-looking than I was. Are you kidding me? I wish I looked like that, I swear to God,” Ruffalo continued as Fallon held up photos of the two side by side. “You’re doing way better than me, pal! I wished I was you!”

Centineo wasted no time taking to Twitter to comment on the interview, jokingly asking if Ruffalo was indeed his offspring. “Son?” he wrote, sharing the Tonight Show clip.

Centineo has previously said that he looks up to Ruffalo, to whom he has been compared since he was just 15. “A lot of people say we have the same mannerisms and little quirks,” he told Buzzfeed in September 2018. “I just look up to him so much. I love his films and I love his work. He has such range.”

Let’s get this father/son comedy in production, stat.