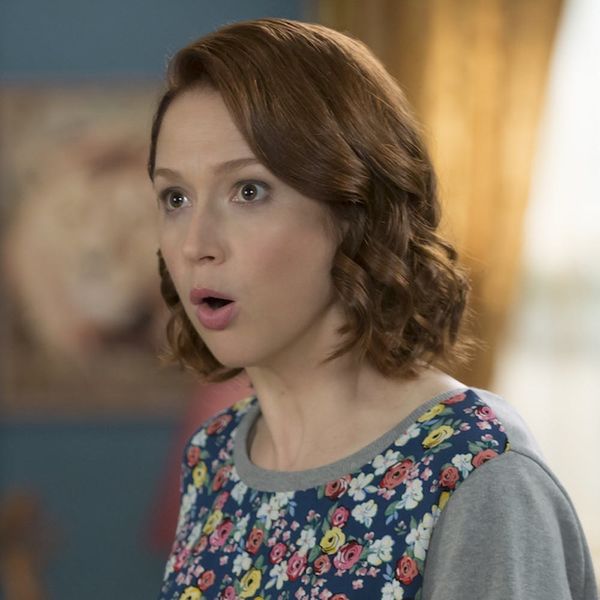 Another month, another slew of new additions on Netflix. Along with favorites such as Amelie, Mamma Mia!, or the recently wrapped Shonda Rhimes series Scandal, a whole slate of new, original content from the streaming service will be available too — and we can't wait to add them to our list. Here are the new Netflix originals to add to your queue in May 2018. (Photos via Adam Rose/Netflix + Eric Liebowitz/Netflix + Beth Dubber/Netflix + Courtesy of Netflix)
John Mulaney: Kid Gorgeous Live at Radio City (May 1): Fresh off a hilarious hosting gig on Saturday Night Live, the show's former writer returns with his second Netflix stand-up special. (Photo via Netflix)
A Little Help With Carol Burnett (May 4): The world needs a little Carol Burnett right now. The unparalleled comedy legend returns in an unscripted series alongside a panel of straight-talking kids, and together, they attempt to navigate this wacky modern world. (Photo via Netflix)
Dear White People (May 4): The critically acclaimed comedy series returns for a second season, and you can expect a lot more of the hard-hitting — and always hilarious — send-ups of American society. (Photo via Saeed Adyani/Netflix)
My Next Guest Needs No Introduction With David Letterman: Tina Fey (May 4): Letterman's Netflix talk show has already had hits with its candid JAY-Z and Malala interviews, and now it's Tina Fey's turn in the hot seat. (Photo via Netflix)
The Rain (May 4): The hyped dystopian Danish series follows two siblings as they fight for survival after a virus has killed off most of the population. Some have compared it to The Walking Dead. (Photo via Per Arnesen/Netflix)
Hari Kondabolu: Warn Your Relatives (May 8): The comedian and activist behind the documentary The Problem With Apu makes his Netflix debut. Kondabolu's political take on the personal is a perfect fit for these times, and this one is likely to be a must-watch. (Photo via Netflix)
Bill Nye Saves the World (May 11): Everyone's favorite science educator returns for a third season of his Netflix show. Across six episodes, Nye will tackle climate change and the future of food, evolution, and more. Guests will include Karlie Kloss, Arnold Schwarzenegger, and Paul F. Tompkins. (Photo via Greg Gayne/Netflix)
Ali Wong: Hard Knock Wife (May 13): The Baby Cobra comedian returns for her second original stand-up special, and guess what? She's pregnant again! Hard Knock Wife will no doubt feature even more of Wong's hilarious family insights. (Photo via Ken Woroner/Netflix)
13 Reasons Why Season 2 (May 18): The long-awaited second season will pick up in the aftermath of Hannah Baker's death, with Polaroid photos taking the place of cassette tapes as the primary clues to uncovering the truth behind what happened — and why. (Photo via Beth Dubber/Netflix)
Tig Notaro: Happy to Be Here (May 22): Notaro's last comedy special, Boyish Girl Interrupted, came out on HBO in 2015, the same year her documentary Tig premiered on Netflix. It's about time we get a new stand-up special from the hilarious comedian. (Photo via Greg Doherty/Getty Images)
The Toys that Made Us (May 25): One of Netflix's most irresistible — if not totally unassuming — original series of the past while was this docu-series exploring the origins of your childhood favorites. Season 2 will delve into the world of Transformers, Lego, Hello Kitty, and more. (Photo via Netflix)
The Break With Michelle Wolf (May 27): The Late Night with Seth Meyers and Daily Show With Trevor Noah alum — who recently caused a stir with her jokes at the White House Correspondents' Dinner — takes her own stab at the late-night circuit with one show a week that promises to make fun of everything and everyone. (Photo via Tasos Katopodis/Getty Images for Netflix)
Unbreakable Kimmy Schmidt Season 4 (May 30): The first six episodes of season 4 will pick up with Kimmy working her new job at a tech startup — and we can't wait to see the wacky places it goes from there. (Photo via Eric Liebowitz/Netflix)

Which Netflix original are you looking forward to in May 2018? Let us know @BritandCo!