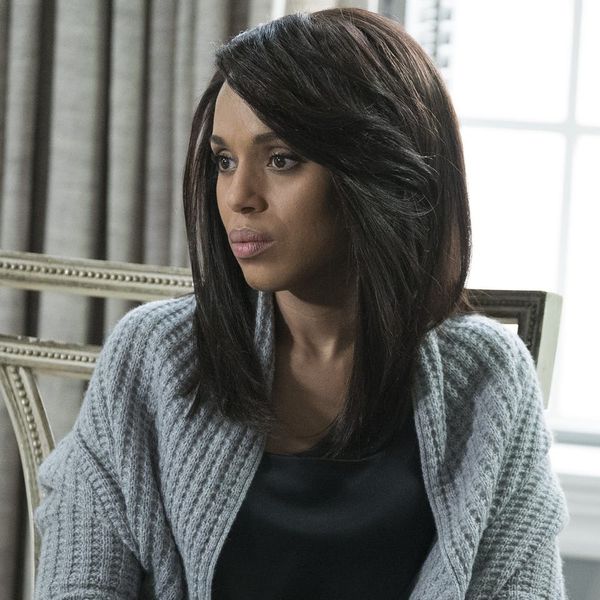 On Thursday night, ABC aired the final episode of Scandal, a show that kept us on the edge of our seats for seven seasons. As fans said their goodbyes to Olivia Pope’s iconic white hat, star Kerry Washington reflected on what the show has meant to her over the years, and it’s enough to make us cry all over again.

“This picture was taken when we completed filming our very final scene in the Oval Office set,” Washington wrote on Instagram, sharing a pair of photos of herself and the show’s crew laying on the set’s carpet. “Before saying goodbye, I stretched out on that gorgeous rug and tried to just take it all in.”

“Tomorrow morning I will wake up and begin to try to process the magical dream of the past seven seasons,” she continued. “I imagine it will take some time to really understand what just transpired in my life. But, this much, I know. I am filled with endless gratitude for our #Scandal Family. Our glorious cast and crew and our community of #Gladiators. TOGETHER, we have changed history. Transformed television. And illuminated each other’s lives. Thank you for watching. And tweeting. And being with us!!!! With love and gratitude, my very best.”

Over the years, Shonda Rhimes’ Scandal’s characters and their dramas transfixed viewers and left a lasting impression on the current TV landscape. Of course, it’s not the last we’ll see of Washington on our TVs — she’s set to star in Little Fires Everywhere with Reese Witherspoon, among other projects — but we’ll certainly miss her as Olivia Pope.

Did you watch the Scandal series finale? Let us know @BritandCo!