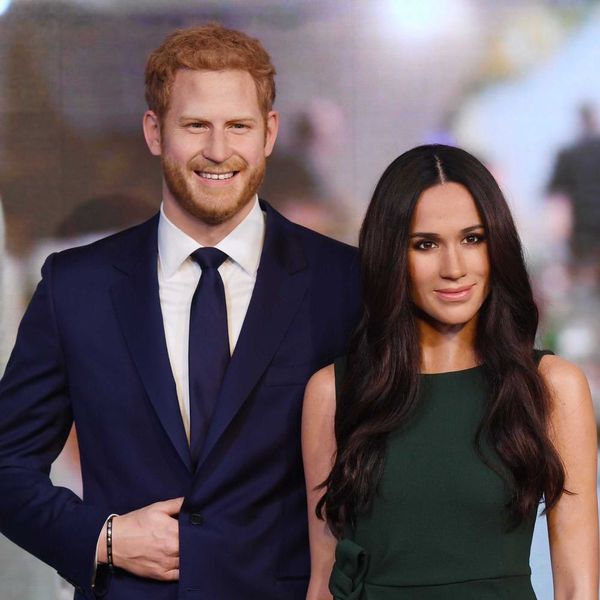 Meghan Markle still has to wait a little over a week to marry Prince Harry, but she’s already a member of the royal family at Madame Tussauds. The museum officially unveiled Markle’s wax figure on Wednesday, May 9, ahead of the royal wedding on May 19.

Madame Tussauds London shared a first look at the figure next to one of her husband-to-be, Prince Harry. Both are dressed in the outfits they wore for their first post-engagement photo op back in November (minus the Suits star’s now-iconic ivory coat from Canadian brand Line the Label). Markle’s wax figure even has a replica of the bride-to-be’s gorgeous (and meaningful) engagement ring.

While this is Markle’s first wax figure, the Harry statue has been in use at the museum since 2014 and was updated recently to reflect his current appearance. Harry’s statue is one of the more realistic-looking wax figures of the royal family, of which there are a surprising amount.

Markle’s statue won’t officially be on public display until the day of the royal wedding, but the night before, May 18, Madame Tussauds London will host a “hen and stag” party, where visitors will be able to take pictures with the statues in front of a video screen showing them cutting the wedding cake, on a romantic beach trip, and more. On the big day, the wedding will be live-streamed alongside the figures, and any museum guests named Harry or Meghan will reportedly get into the attraction for free.

The New York location of Madame Tussauds is also set to unveil its own wax figure of the “American Princess.”

What do you think of Meghan Markle’s wax statue? Let us know @BritandCo!