Melania Trump Wore a $2400 LBD to a White House Dinner 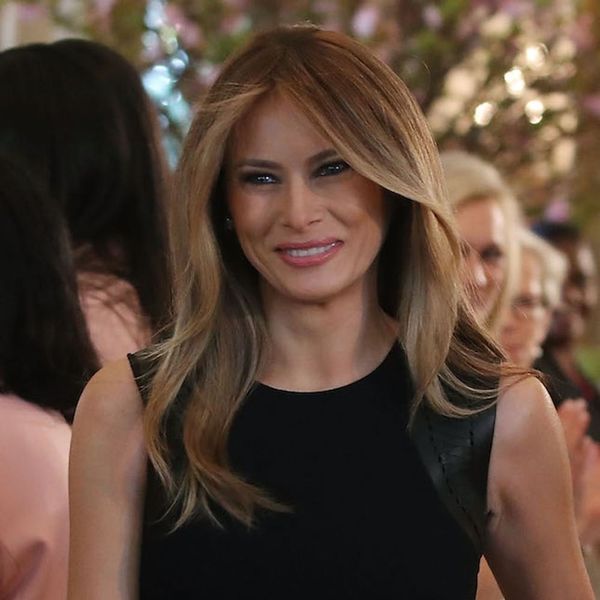 The last time Melania Trump attended an official White House event, we were trying to figure out whether or not Michael Kors had dressed her in the $10,000 suit or if she had bought it off the rack (the latter, ICYMI). Nearly a month later, Trump, in a form-fitting, off-shoulder LBD, stepped out again for a dinner where her husband, President Donald Trump, announced another bill to replace Obamacare.

The designer appears to be quickly becoming a favorite of the first family’s. Ivanka Trump, who recently hired a celebrity stylist, wore his Rawlings Dress ($2995) for the State of the Union address.

The First Lady selected another of the designer’s creations, the Belvedere dress ($2630), to the first presidential debate at Hofstra University.

What do you think of Trump’s style? Share with us @BritandCo.

Nicole Briese
Nicole is the weekend editor for Brit + Co who loves bringing you all the latest buzz. When she's not busy typing away into the wee hours, you can usually find her canoodling with her fur babies, rooting around in a bookstore, or rocking out at a concert of some sort (Guns N' Roses forever!). Check out all her latest musings and past work at nicolebjean.com.
Politics
Celeb Style
Politics
More From Celeb Style