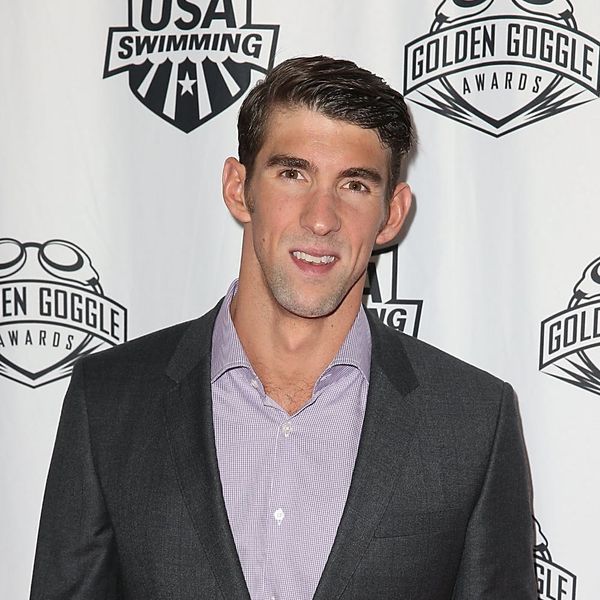 Michael Phelps has achieved some pretty amazing things during his lifetime. At just 30, he currently holds the record as the most decorated Olympian of all time with a jaw-dropping total of 22 medals during the international competition alone, not to mention the additional 77 medals he’s won in other various swimming events during his prolific career. But now, he’s embarked on an entirely new adventure: being a first-time dad. Welcoming little Boomer into the world just one month ago, the proud papa has posted a couple of new pics of his darling baby boy, and OMG sweet!

The first pic posted by the Olympian to his Instagram account shows the family of three snuggled up in bed, Michael with baby Boomer on his chest as Nicole takes what is surely a much-needed rest. Captioned with “Nothing like being home with the family!!! @nicole.m.johnson,” it’s just about as adorable as could be.

With the little one just in his diapers and his papa peering down at him with a loving look, it’s the perfect image, capturing a serene moment of bliss for the young fam.

Boomer says what's up y'all!!! @nicole.m.johnson

The second pic shows the new daddy and baby lounging together in bed, but now the little one is facing the camera with a hand held up, which Michael translates as, “Boomer says what’s up y’all!!!”

And it looks like little Boomer is already gaining some fans of his own, with people leaving comments like, “Omg he is absolutely precious … Being a parent is the best isn’t it? Sometimes the hardest.. but most of the times the best … Happy for you and your family, congratulations!!”

Do you think little Boomer will grow up to be an Olympian like his dad? Tweet us @BritandCo!