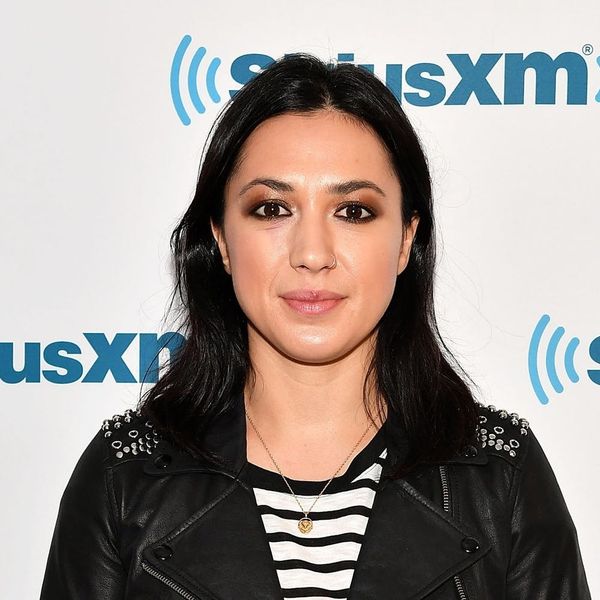 Talk about a happy birthday! Singer Michelle Branch, whose ditties like “All You Wanted” and “Everywhere” you might remember crooning along to in the early ‘00s, rang in her 34th with sparklers on her birthday cake… AND her ring finger!

The musician’s boyfriend, Patrick Carney, whose tunes you might recognize from a little known band called The Black Keys (Carney is the drummer), popped the question to his lady after two years of dating.

In fact, it was music that actually brought the two together — they reportedly met at a Grammys party and fell in love while collaborating on Branch’s latest album, Hopeless Romantic ($12) (a fitting title, no?).

Thank you for all the birthday love and wishes. Last night, right before I blew out my candles, @officerpatrickcarney asked me to marry him and then I had nothing left to wish for ✨❤️ 34 might be the best year yet.

She shared the deets of their special moments with fans over on Instagram, all the while showing off her insanely gorgeous (and totally unique!) ring, saying, “Thank you for all the birthday love and wishes. Last night, right before I blew out my candles, @officerpatrickcarney asked me to marry him, and then I had nothing left to wish for. 34 might be the best year yet.” Awwww!

The Art Deco stunner is unlike any we’ve seen before, with two large diamond-shaped jewels connected by two smaller ones to make for a breathtaking piece that definitely stands out from the singer’s hand (along with that adorbs nautical finger tat).

Her birthday cake looked no less spectacular, with two brightly lit sparklers atop a spongey base that had us all aglow.

What do you think of Michelle’s new “sparkler?” Sound off over @BritandCo.

Nicole Briese
Nicole is the weekend editor for Brit + Co who loves bringing you all the latest buzz. When she's not busy typing away into the wee hours, you can usually find her canoodling with her fur babies, rooting around in a bookstore, or rocking out at a concert of some sort (Guns N' Roses forever!). Check out all her latest musings and past work at nicolebjean.com.
Celebrity Engagement
Wedding Style
Celebrity Engagement
More From Wedding Style