Middle Child Syndrome Is Real, but It’s Not What You Think 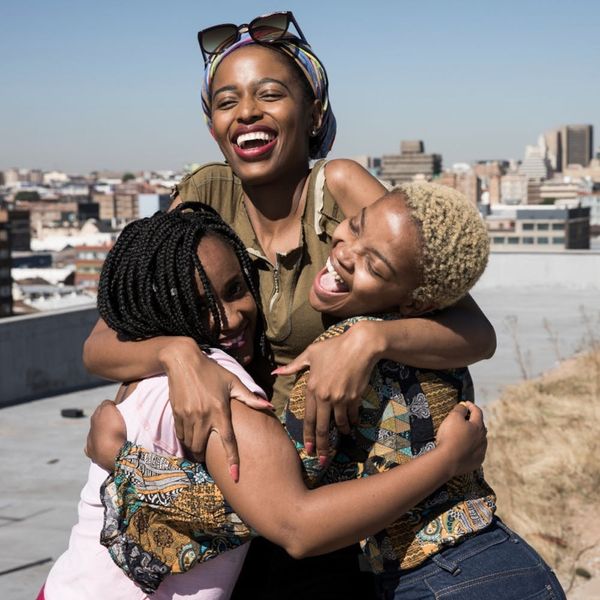 A little sibling rivalry and jealousy is healthy — and expected — but it’s often taken to new heights when there are three or more of you in the mix. As a quintessential middle child (and a fully grown one, at that), I still don’t understand why my older sister has been allowed to bring her S.O. on family trips but I haven’t, or why my younger brother doesn’t have to do the dishes when we’re all at my parents’ house but I do. No fair! It’s a sentiment I’ve been echoing for the past two decades, essentially since my brother’s birth. If you’re a victim of self-described middle-child mistreatment like myself, I’m sorry to tell you that it’s mostly in our heads. Licensed professional counselor Jaime Malone assures us “middle child syndrome” is real and experienced rather universally, but it’s also likely the result of childhood misperceptions.

“No two (or three, or more) children have the same experience growing up in the same home,” Malone says. “It would be preposterous to even imagine different children would have the same reality.” For middle children, this reality is immediately and inherently different from our oldest sibling’s, because a middle child is brought into the world already having a sibling. This fact has two primary implications: 1) Parental resources are divided between two or more kids as opposed to singularly directed, and 2) middle children are exposed to activities and materials they otherwise might not have been. And, for the record, maybe we should stop complaining so much, because the latter offers a major perk. “[Number two] might mean being a spectator at an older sibling’s sporting event or having books ahead of your developmental level,” Malone explains. “These realities can actually add a rich exposure of learning opportunities the first-born sibling didn’t encounter.” As soon as the next sibling is born, the role shifts again. The “baby” status is revoked and reassigned, and parental resources are redistributed yet again.

As the children grow up, Malone states, the parents will naturally make “developmentally appropriate rules and expectations” for each kid based on the kids’ ages. This is where the tensions can really start to mount for middle children. “It seems the older sibling gets privileges and opportunities the middle child doesn’t get,” Malone admits. “Whether it’s a later bedtime or technology use, the middle sibling often yearns for what [they see their] older sibling getting.” What the middle child fails to realize, however, is that they will be afforded these same experiences when they reach the current age of their sibling. “They just see the present difference, and it can create jealousy or sibling rivalry,” Malone comments.

Younger siblings offer another point of comparison, but this time, it’s that they often have fewer responsibilities, prompting envy. “A younger sibling is being held to a developmentally appropriate set of standards, but the middle child only notices and understands this as different, forgetting that [they] too once had that set of rules and norms applied to [them].” Ultimately, to the middle child, it seems as though both their older and younger siblings are granted perks that they are not.

For parents who are struggling to make sure their middle child knows they mean well, Malone suggests transparency. “The opportunity is to help the middle child understand that [have experienced] or will experience all those perks too, just not simultaneous to [their] siblings,” she explains. “So, yes, they are treated differently, and rather than try to deny that, it’s important to acknowledge it. Help the middle child identify and cherish what is special about [their] current circumstances and experiences so they can escape an unproductive comparison trap.”

And, adult middle children, if this was an earth-shattering truth you weren’t ready for, the most important takeaway is that your parents likely love you and your siblings the same — and, hey, that’s not so bad.

Annamarie Higley
Annamarie is a Californian who's been plopped in the middle of Missouri for her undergraduate studies in magazine journalism. She's a hiker, an eater, a lover of words. In her opinion, nothing beats a well-made breakfast sammy or a well-crafted sentence.
Family
Relationships
Family Mental Health Parenting
More From Relationships