11 Quotes from Mila Kunis to Motivate and Inspire You 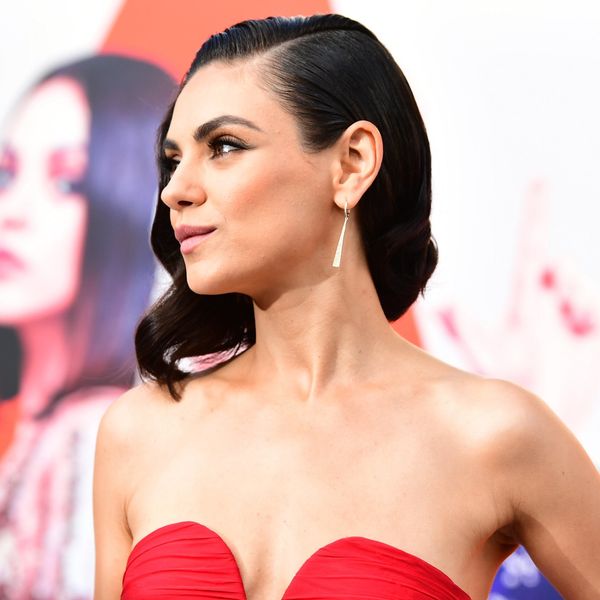 On dreaming big: "I just sat down three days ago to write out my dream in five years. And I realized very quickly that I didn't dream big enough," Kunis told Cosmopolitan in July 2018. "And so I've been thinking about it for the past few days, like, what is my grand f*cking dream for myself? I just want to be happy. ... I never want to stop learning or being challenged, and I never want to stop challenging my partner. I think that those things will always lead to some form of success." (Photo via Matt Winkelmeyer/Getty Images)

On becoming her own advocate: "I always looked at it as, 'Okay, I'm a girl, I have a lawyer, I have an agent, I have a manager, I have a publicist. I'm going to let them do their job. I don't want to get involved. I don't want to step on people's toes. I just want to be quiet, show up to work, be really good, be really polite, and go home. And that's not how s**t works," she explained at Variety's Path to Parity women's summit in June 2018. "I didn't realize that that's not how you get s**t done until I met my husband, who empowered me more than anybody. … I educated myself and I asked questions and I got involved. … Because the more involved, the more time you take for yourself, the more empowerment you give yourself at the end of the day." (Photo via Larry Busacca/Getty Images)

On fighting gender bias: "I'm done compromising; even more so I'm done with being compromised. So from this point forward, when I am confronted with one of these [sexist] comments, subtle or overt, I will address them head on; I will stop in the moment and do my best to educate," she wrote in a Medium essay in 2016. "I cannot guarantee that my objections will be taken to heart, but at least now I am part of creating an environment where there is the opportunity for growth. And if my comments fall on deaf ears, I will choose to walk away." (Photo via Dimitrios Kambouris/Getty Images)

On making mistakes: "Lord knows I make mistakes," she told Stylist in 2011. "I make mistakes daily, and you can't take them back, so the only thing you can do is acknowledge them and learn from them and hopefully not make the same mistake again. I hope I can improve myself. I love learning." (Photo via Matt Winkelmeyer/Getty Images for dcp)

On her best qualities: "I was never raised to think that I was pretty. It's not that I was raised to think I was unattractive, but it was just never something that was pointed out to me by my family," she told W Magazine in 2011. "They would point out personality traits — 'our daughter is really quirky' — versus what I look like, because inevitably, looks go, so it makes no difference." (Photo via Frazer Harrison/Getty Images)

On challenging people's preconceptions about her: "I auditioned to prove that I could do whatever they thought I couldn't do," she told W Magazine in 2014. "Often, if they offered me the part, I'd say no. I just wanted them to know I wasn't in a little TV-star box." (Photo via Jason Merritt/Getty Images)

On motherhood: "I am proud to be a stay-at-home mom," Kunis wrote during a 2015 Reddit AMA. "I have no desire to be in front of the camera. I find [my daughter] to be the most challenging job I've had. The amount of love that you have, the type of love that you have, changes, the way you look at the world changes… Everything has changed, because of her. I want an eco-friendly car, I want to compost everything, because I want the world to be better for her. And you have the opportunity to make a really great child for the world. Or a really great human being." (Photo via Chris Weeks/Getty Images for Burberry)

On her priorities: "I've always been a big proponent of not working for the sake of working, because I don’t want to work for the rest of my life — I want to live," she told Interview magazine in 2011. "So I'd rather work to live than live to work." (Photo via Emma McIntyre/Getty Images)

On self-care and self-love: "A happy woman, a fulfilled woman, will only make a better mother," she told The Cut in 2016. "And at the end of the day, I have to be happy with who I am and what I do. That is the only way I'll be able to be a good mom for my daughter." (Photo via Frazer Harrison/Getty Images)

On not worrying about other people's opinions of her: "When I became a mom, so many things that I used to be insecure about and concerned myself with, no longer mattered. The ability to say no, had a purpose," she explained at Variety's Path to Parity women's summit. "I had better things to concern myself with than some stranger's opinion of whether or not I was a bitch." (Photo via Jesse Grant/Getty Images)

On the advice she'd give her younger self: "[I remember] just being a little too upset all the time. Everything was so immediate and so permanent. If I could go back to my younger self, I'd be like, 'Not everything's permanent,'" she told Glamour in 2016. "I can promise you now that that's not the case. Have a baby, and you realize: The second you think you got sh*t figured out, you don't. It's the greatest wake-up call.�" (Photo via John McCoy/Getty Images)