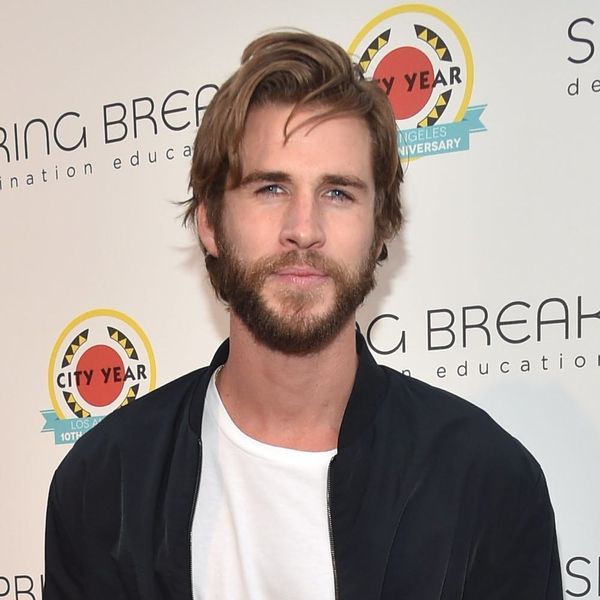 Miley Cyrus’ may have just admitted that her new single is all about her love, Liam Hemsworth (which is absolutely adorable, BTW), but the singer’s dad also has some insider info about his daughter’s fiancé, and he’s totally willing to dish the deets. That’s right, Miley’s dad just revealed a secret about Liam Hemsworth, and we honestly can’t get over it!

Chatting with Entertainment Tonight, Billy Ray Cyrus wasn’t shy about sharing something about Hemsworth that we can pretty much guarantee only a few people are aware of. “I’ll tell you something you don’t know about him,” the proud (almost) papa-in-law teased, then added, “He’s a great artist. He’s a painter.”

Excuse us? We were aware that he’s an art-lover, but we had no idea he was also into making his own creations.

Just blending in/thinking of something super interesting to say...the thought never came though. At least the jacket looks cool 😜

And if you’re curious, this isn’t just something Cyrus has simply been told about — he’s seen the art with his own eyes, explaining, “I go into this room and there’s, like, 1,500 paintings up of, like, these things, and I’m like, ‘Who did this stuff?’ Liam paints them. I go, ‘Liam, when is your next art show?’ And he’s very humble about it… I don’t know [how you] don’t ever tell anybody. He’s got painting after painting, that’s just incredible stuff. He’s a painter. Who knew?”

First, we desperately want to know what “these things” are that the actor is painting, and secondly, yes, Liam, when *is* your next art show, because we totally want an invite. Frankly, we need to see this art. Are there perhaps… Miley portraits?!

Are you surprised to find out that Liam Hemsworth is a painter? What do you think he paints? Let us know @BritandCo!