This Trendy Minimalist Hairstyle Will Be Your New Go-to ‘Do 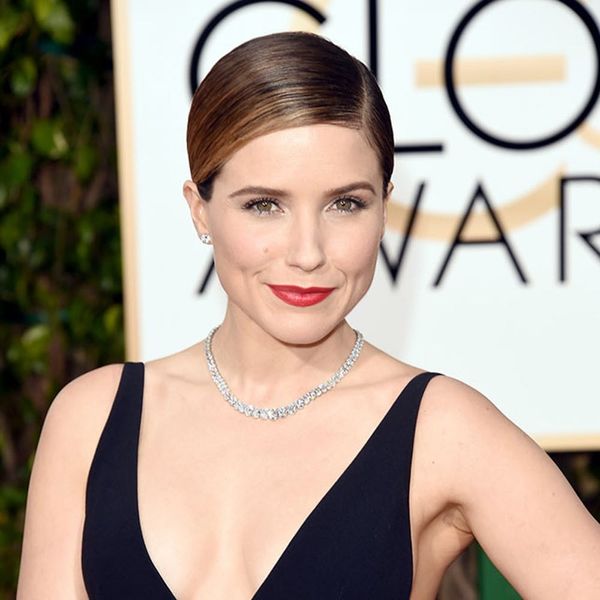 We’ve been seeing fewer over-the-top, dramatic looks on the red carpet in favor of more minimalist vibes that feature front-and-center skin, muted makeup and simple hairstyles. So it’s safe to say understated style is in. While it’s easy to imagine what minimalist makeup looks like (think: dewy skin instead of heavy contouring and liner-free lids instead of a classic cat eye), it’s harder to pin down what exactly toned-down hair is — our initial guesses are looks that are sleek and frill-free. Turns out, we hit the nail on the head, but didn’t expect the first big style of the trend to be this doable.

Introducing the minimalist ponytail, a low ponytail pulled together at the nape of the neck. This isn’t your typical lazy-girl pony; this version is more intentional — slicked-back, definitely brushed and sculpturally styled to create drama without extra frills. It’s also totally versatile, a look girls with all lengths and textures of hair can get in on with a few easy styling tweaks. Check out our favorite minimalist ponies you can copy the next time you want to wow with such a simple style.

The minimalist ponytail made multiple appearances at the 73rd Annual Golden Globes, including on Sophia Bush, who wore hers in a deep side part. Her hair has a slightly shiny quality to it without looking like it’s overloaded with heavy product, which not only matches perfectly with her sparkly bling, but elevates her black dress. (Photo via Jason Merritt/Getty)

Actress Carly Chaikin also wore her hair in a super sleek low pony at the Golden Globes, with her hair parted down the middle and pulled back to the nape of her neck — simple as that. It looks like she’s playing around with texture here — her hair is straight but not too straight. Bedheads are welcome? This just got even better. (Photo via Jesse Grant/Getty)

Khloe Kardashian — someone who isn’t usually known for subtle looks — recently took the minimalist pony to the next level (and served up a ton of date-night ‘do inspo) by injecting some serious style into this otherwise undecorated look. A bunch of bobby pins placed on one side added a ton of flair to her low pony, plus the contrast between the dark pins and her light hair keeps this look interesting. Beyond the bobby pins, a super thick, wrapped hair band elevates this ‘do like we’ve never seen before — but now can’t stop thinking about. (Photos via Jamie McCarthy/Getty + @khloekardashian)

Tag us on Instagram @britandco with your favorite ways to wear the minimalist pony.