Miss America 2018 Has Been Crowned! 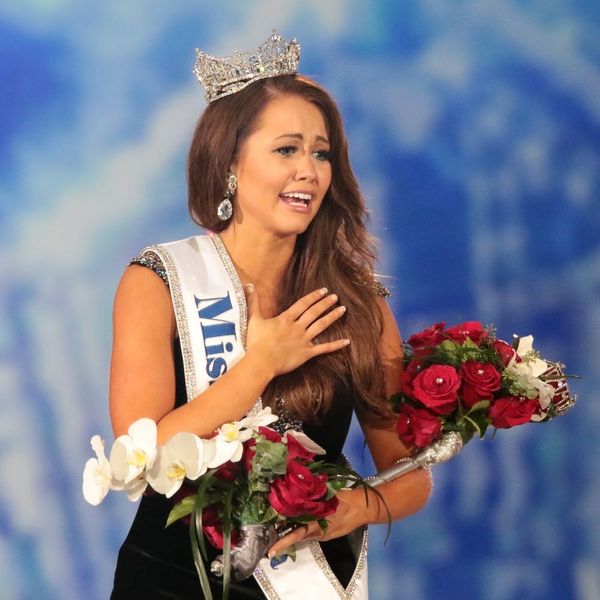 Miss North Dakota, Cara Mund, is your new Miss America! Mund took home the crown at Sunday night’s pageant, making her the first-ever contestant from her state to win the title.

The floor is yours, Cara Mund! She takes her first walk as #MissAmerica 2018! 🇺🇸 pic.twitter.com/sPOLn0QNtE

Mund’s jazz dance to Michael Jackson’s “The Way You Make Me Feel” was an electrifying addition to the talent portion and most certainly helped her chances at the crown. The Brown University grad, who has aspirations of being the first woman elected governor of her state, also held her own when asked about her thoughts on President Trump’s decision to withdraw the US from the Paris climate accord.

“It’s a bad decision,” she said. “There is evidence that climate change is existing and whether or not you believe in it, we need to be at that table.”

Mund’s platform is “A Make-A-Wish Passion With Fashion.” When she was 14 years old, she started an annual fashion show in North Dakota in collaboration with the Make-A-Wish foundation. To date, she has raised nearly $80,000 for the charity. Former President Barack Obama even recognized her charitable efforts, according to Mund’s bio.

Miss Missouri Jennifer Davis was crowned first runner-up. Her platform focusing on diversity and unity also impressed the judges, and she takes home a $25,000 scholarship.

Mund will receive a $50,000 scholarship and a six-figure salary for her year of work as Miss America. The pageantry world has been seeing its fair share of memorable, modern moments of late, and we don’t doubt that Mund will make her mark as well. Congrats!

What do you think of the new Miss America? Let us know @BritandCo.