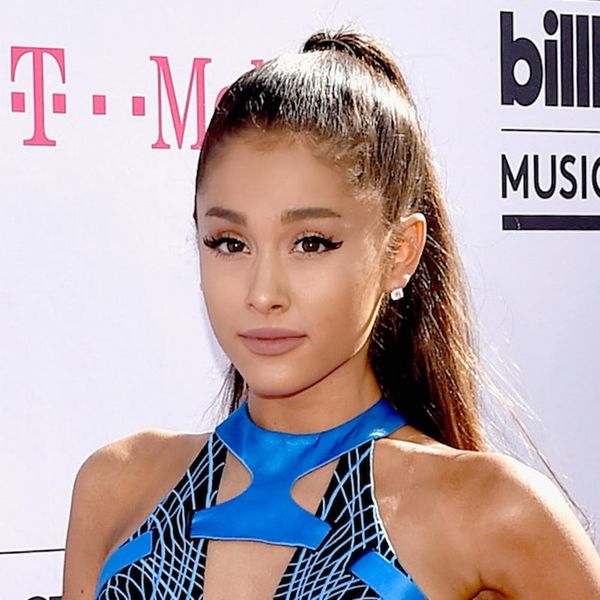 Ariana Grande’s mom speaks out in this morning’s top news stories. Check that and more out below in the Tuesday Morning Buzz.

1. The Grande family — first Ariana and then her brother Frankie — has been vocal about the need to live a full life even — and maybe especially — in the face of fear and uncertainty. Now Grande’s mom Joan, who emerged as a hero during the traumatic night, has spoken out on Twitter and joins the family in their sentiment. “I stand with you all in the face of evil & we stand together to never let it rule our lives!,” she said in a tweet. “Thank you to all those who helped in any way that night in Manchester. I continually thank those who are & were in service protecting our freedoms every day all over the world!”

Rachel: Do you have anything to say for yourself?
DeMario: Uh…
Rachel: Then get the f*ck out.
Women:#TheBachelorette pic.twitter.com/WiMveF81Dz

2. OMG — A Bachelorette contestant got called out for having a girlfriend and it was AMAZINGLY awkward. This season of the Bachelorette has already been more intense than expected for a number of reasons. The contestants play their own role in that, of course, and in last night’s episode, a girl claiming to be DeMario’s girlfriend showed up — with receipts. Bachelorette Rachel Lindsay epically shut him down, telling him “I’m really going to need you to get the f**k out.” YAAAS. We have a feeling this isn’t the end of this drama, so naturally we’ll be staying glued to the TV (and Twitter).

3. Tiger Woods was arrested for a suspected DUI and claims that it was an unexpected reaction to prescription drugs — not alcohol. Early on Monday in Florida, Woods was arrested but released shortly after. He quickly released a statement saying he was cooperating fully with law enforcement and that he was not drinking. “I understand the severity of what I did and I take full responsibility for my actions. I want the public to know that alcohol was not involved,” he said in a statement, according to People. “What happened was an unexpected reaction to prescribed medications. I didn’t realize the mix of medications had affected me so strongly.” (h/t People; photo via The Palm Beach County Sheriff’s Office via Getty)

4. Kim Kardashian says she hasn’t spoken to Taylor Swift since their feud. In a recent interview with Andy Cohen on Watch What Happens Live, Kim spilled all sorts of tea on everything from Kylie Jenner’s split from Tyga to other family dramas. An audience member at one point asked if the feud with Swift had ruined sister Kendall’s friendship with Taylor, to which Kim responded, “I don’t know if Kendall was a part of her squad. I don’t think she was. Yeah, so, I don’t think it was awkward.” Ouch. When Cohen asked if Kim and Taylor had spoken since, Kim merely shook her head and shrugged her shoulders. Ice cold! Check out the full interview above.

5. These elephants running to greet a rescued baby elephant will fix everything wrong in your life for one glorious second. Crying. Now watching again. Why isn’t this a WHOLE MOVIE? Disney? Amazing. (h/t Mashable)

6. Quote of the day: “Keep your face to the sunshine and you cannot see a shadow.” Helen Keller reminds us all to look on the bright side (literally) and stay positive.

Do you try to look on the bright side of things? Let us know @BritandCo.