Morning Buzz! Engaged Couple Says They Were Kicked Off a United Flight to Their Own Wedding + More 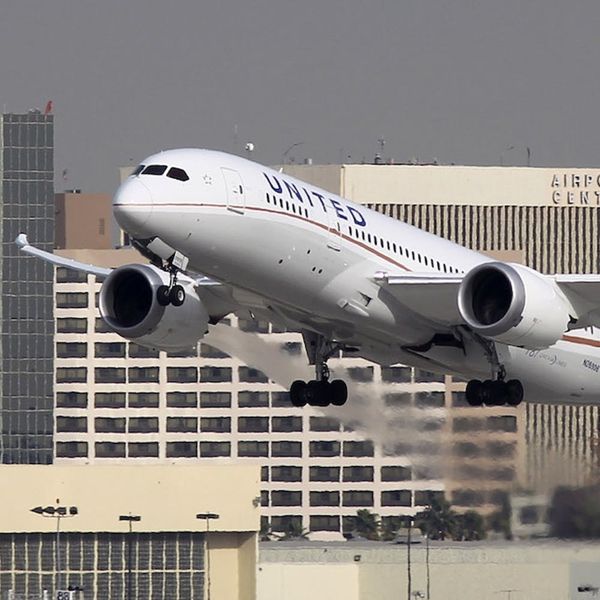 United’s bad rap continues and Prince Harry starts a conversation on mental health in today’s Morning Buzz. Check those and more of this morning’s top news items out below.

1. United is having a hard time rebounding from the PR nightmare that ensued when a passenger was violently dragged off a flight last week. Now, a Utah couple is accusing the airline of removing them from a flight that they were taking to their own wedding in Costa Rica. The couple supposedly found a man sleeping across their seats when they boarded, but instead of waking him, sat in some empty seats in an upgraded, half-full section a few rows up. The couple claims they complied when asked to return to their assigned seats, but were made to get off the plane before takeoff. United Airlines says that the couple “repeatedly attempted to sit in upgraded seating which they did not purchase and they would not follow crew instructions to return to their assigned seats.” (h/t Buzzfeed, photo via David McNew/Getty)

2. Cleveland police are still looking for a man who allegedly killed someone on Facebook live. This is horrifying. Police say that suspect Steve Stephens walked up to and shot an elderly man while streaming live on Facebook on Sunday. In the video, which took a few hours to be removed, Stephens claimed to be upset over a woman, and also said he had killed more people. “This is a horrific crime and we do not allow this kind of content on Facebook,” said a spokesperson for Facebook. “We work hard to keep a safe environment on Facebook, and are in touch with law enforcement in emergencies when there are direct threats to physical safety.” (h/t Associated Press; photo via Larry W. Smith/Getty)

3. Prince Harry reveals he spent time in therapy recently as he finally processed his mother’s death. In an interview with the Telegraph‘s Bryony Gordon in the first episode of her new podcast Mad World, Prince Harry says that after years of not thinking about his mother’s death, which happened when he was 12, and two years of “total chaos,” in his 20s he started seeing a therapist. “I can safely say that losing my mom at the age of 12 and therefore shutting down all of my emotions for the last 20 years has had quite a serious effect on not only my personal life but also my work as well,” he said, but that therapy has made a huge difference. “No matter who you are, the conversation has to be the beginning.” (Photo via John Phillips/Getty)

4. Rihanna won Coachella and all of life with her full-body glitter bodysuit. There were a lot of amazing looks at Coachella, but this takes the cake. We needed this today!

5. Kanye West dressed up as the Easter bunny for his family’s celebrations, and we can’t even. The Kardashian-Wests went all out (not unlike some of your other fave celebs) as usual for the holiday, with Kanye and one other bunny (John Legend?!) dressing up to HUGE fanfare from the kiddos. Too cute.

6. Quote of the day: “Kanye was really cute; he was like, ‘So, this is what for better and worse means?’ and I’m like, ‘Yeah.'” In the latest ep of KUWTK, Kim rushes to Kanye’s side as he’s hospitalized and distill their past year into one cliche but adorable quote. Love it.