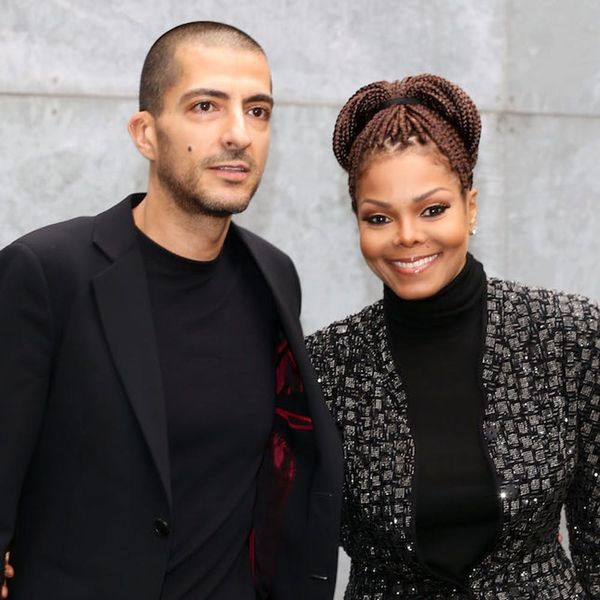 Another week, another Morning Buzz! Check out news on Janet Jackson’s split, Busy Philipps’ scary Uber experience, and more of this morning’s top news stories below.

1. Janet Jackson became a first-time mom to a baby boy at age 50 just three months ago, and has been laying low ever since. Now it’s being reported that she has split from husband Wissam Al Mana. The Daily Mail reports that it was amicable, and Jackson will remain in London with little Eissa. (Photo via Vittorio Zunino Celotto/Getty)

2. The latest ep of KUWTK gives us more insight into just how hard a time Kim Kardashian and Kanye West had last year. This season of KUWTK has had some heart-wrenching moments. The episode on Kim’s robbery was straight chilling, we’ve seen the difficulties Kim is going through trying to get pregnant again, and in the latest episode, we see Kim battle with some pretty intense anxiety as she tries to get back to normal life following her robbery. “I just want to disappear for a little bit,” Kim said during an on-camera interview after attempting to attend Kanye’s concert but leaving minutes later with terrible anxiety. Then, she received the phone call that Kanye had been hospitalized — sending her spiraling even further. Oof. (Image via E!)

3. Busy Philipps had the kind of strange Uber experience that you think (and hope!) won’t happen to you. In a series of Instagram story videos, Philipps detailed the super weird and super scary Uber experience her and her husband had after getting into an Uber over the weekend. “I said to my husband, ‘Oh, that guy was weird. Are you sure he’s not going to kill us?’ And then from the f–king way back [of the car], a voice is like, ‘I promise that won’t happen’ and there was just, like, a f–king crazy, scary dude in way back of this Uber.” Philipps made it clear that this was not an Uber pool, as people watching the story suggested. She said she had an intuition that something bad was going to happen, so she started screaming that she wasn’t going to be killed tonight and they got out and got a Lyft. Yikes! (Photo via Frederick M. Brown/Getty)

So proud to be on the cover of @instylemagazine! Thank you @laurabrown99 for the opportunity,@carterbedloesmith for confirming I'm a Hadid, @kimmykuppkakes for hair, @andrea_tiller for makeup, @cristinaehrlich for styling @jessseinfeld for interviewing me!

4. Amy Schumer is once again shutting down body shamers with a series of bikini pics. Swimwear designer Dana Duggan recently commented on Schumer’s InStyle cover that “not everyone should be in a swimsuit,” so Schumer retaliated by sharing multiple photos of herself in bikinis on her Instagram story. “I feel great. No haters can f with my baseline,” she captioned one of the pics, to which we say: YES.

5. Lauren Graham’s response to whether there will be more Gilmore Girls is a little heartbreaking. We’re still waiting on official word that more GG will happen, but according to Vulture, Lauren Graham has some concerns. “If it all existed in a vacuum, I would play that character until my dying day … Now it’s become what could we do with this story that is satisfying, that is worth continuing. I don’t know if there is a need to do more. I wouldn’t want it to feel like we overstayed our welcome.” Sounds a bit like what Milo Ventimiglia was saying, no? (Photo via Alberto E. Rodriguez/Getty)

6. Quote of the day: “It’s not whether you win or lose, it’s how you learn from the mistakes that you make and how you perceive the world that’s coming at you.” Ashton Kutcher gave an emotional speech as he accepted the Robert D. Ray Pillar of Character Award in Iowa, also thanking his wife Mila Kunis for “kick[ing] my ass on character every day.”

What do you think gives you character? Let us know over @BritandCo!