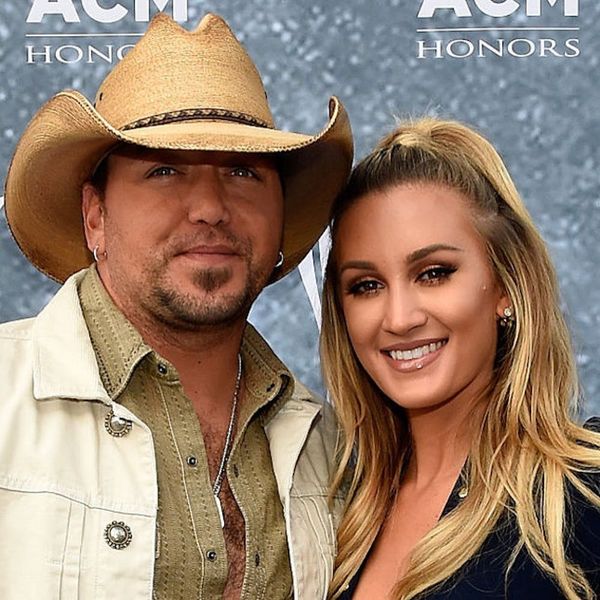 Exciting baby news for a coupla’ country stars leads Tuesday’s Morning Buzz! Check that story and more out below.

Been hard to keep this secret but we couldnt be happier to add to our family. This year just gets better and better. #bunintheoven👶🏼

1. Jason and Brittany Aldean have revealed in a set of aaaaa-dorable pics that they’re expecting their first child together! “Been hard to keep this secret but we couldn’t be happier to add to our family,” Jason captioned his pic of the pair sitting in a drool-worthy rustic-chic ranch kitchen, complete with the oven open and, yep, a bun in it. “This year just gets better and better. #bunintheoven.” Brittany posted her own pic of the pair sitting among pink and blue balloons and added that so far their journey to having a child has seen “many happy times and also many tears…The biggest rollercoaster we have ever been on…followed by the biggest blessing in the entire world!!” Congrats to the growing family!

2. Jimmy Kimmel is firing back at critics of his emotional health care monologue. Kimmel recently opened his show with a monologue about the terrifying few hours of his newborn son’s life, saying how if your child needs heart surgery to live, it shouldn’t matter how much money you have. Coming back to the show after taking paternity leave, Kimmel reminded critics (namely Newt Gingrich) who have said hospitals won’t turn away a baby in an emergency that there are still often many doctor visits, and not to mention time off work following emergency care — something many Americans simply can’t afford under the Republicans’ repeal and replace health care act — which was voted into place on Thursday.

3.Excuuuuuuse us, but Starbucks just sneakily dropped a Banana Split Frappuccino and BRB, on the way to Starbucks. According to Hello Giggles, the delicious new drink was spotted in the Desert Hills store in Palm Springs. While a similar drink exists on the famous secret menu, the ingredients do differ slightly, and you can get a cookie straw with this one. It’s only currently available at this one location, but here’s hoping it makes its way into more stores for summer. (h/t Hello Giggles, photo via Stephen Chernin/Getty)

4.Crayola Crayons are getting a new color. It was announced on National Crayon Day back in March that the iconic crayon company would be ditching an existing color, which turned out to be dandelion, and now the new color taking its place has been announced. A new shade of blue known as YInMn blue was recently accidentally discovered at Oregon State University, and this yet-unnamed addition to the Crayola box will go through fan name voting before being added to the lineup in September. (Photo via Justin Sullivan/Getty)

which dove bottle slash hercules cartoon muse are you!!! pic.twitter.com/FwSWzoGzuR

5. Dove is getting ROASTED for its latest #RealBeauty campaign. Oh, Dove. WYD? While the beauty brand’s past campaigns have opened eyes and tugged on heartstrings, the latest one seems to have missed the mark a little. Instead of women, Dove is featuring shampoo bottles in six different shapes and sizes meant to mimic women’s different bodies and curves. Okay? Naturally, Twitter had fun with this one — user @ihatejoelkim tweeted that “You’re a straight up bitch if you buy the skinny Dove bottle,” (LOL), while @AbbieEvansXO aptly pointed out that the “diverse” bottles were still all white.

6. Quote of the day: “One child, one teacher, one book, and one pen can change the world.” Keep these words from Malala Yousafzai in mind on National Teacher Appreciation Day!

Who was your favorite teacher and why? Share your story with us @BritandCo!