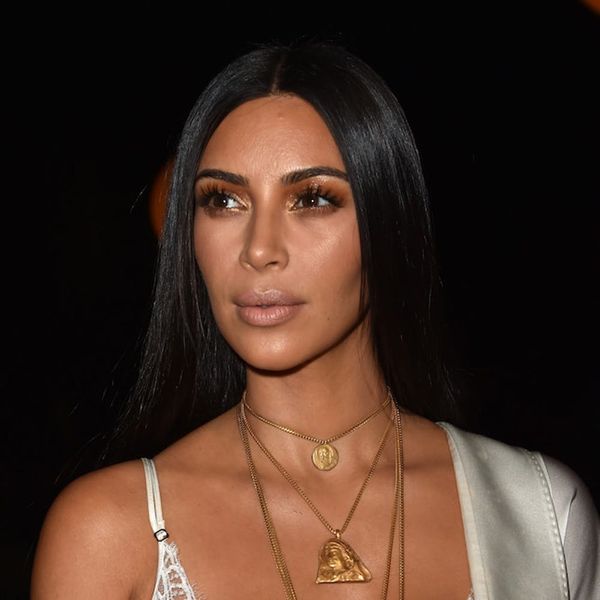 Scary new info about Kim K’s robbery and a coy nod from Eva Mendes lead this morning’s top news stories. Check those and more out below.

After just learning that at least

in connection to Kim Kardashian’s Paris robbery, new details now suggest that there might have been some family ties at play. According to Le Monde, one of the suspects arrested worked for the high-end Paris limo company of choice for the Kardashians. E! News says that police haven’t provided much detail on his involvement, but that he was the last to chauffeur her and would have details on her whereabouts and whether she was alone. Scary stuff. (Photo via Pascal Le Segretain/Getty)

won our hearts with his touching Globes acceptance speech, which had more than a few beautiful words for Eva Mendes. But it (obviously) won hers too. Even though these two keep the social media PDAs on the super down low, she snuck in a wink to her man in a new Instagram post anyway. “Obviously this wasn’t my favorite moment of the night….But it was definitely my favorite style moment of the night,” she wrote, posting a pic of Janelle Monae’s outfit on the red carpet. Unless of course she was talking about Meryl Streep’s speech, but we choose to believe the former. THESE TWO! (Photo via Sonia Recchia/Getty)

Angelina Jolie and Brad Pitt have done the right thing and agreed to handle their divorce battle privately.

People, the pair, who have been trading ugly words and accusations in the media for a few weeks, have reached an agreement to issue no more statements and to hire a private judge going forward. “The parents are committed to act as a united front to effectuate recovery and reunification,” a joint statement said. Phew. (Photo via Anthony Harvey/Getty)

Marissa Mayer is resigning from Yahoo! — and the company will change its name to Altaba.