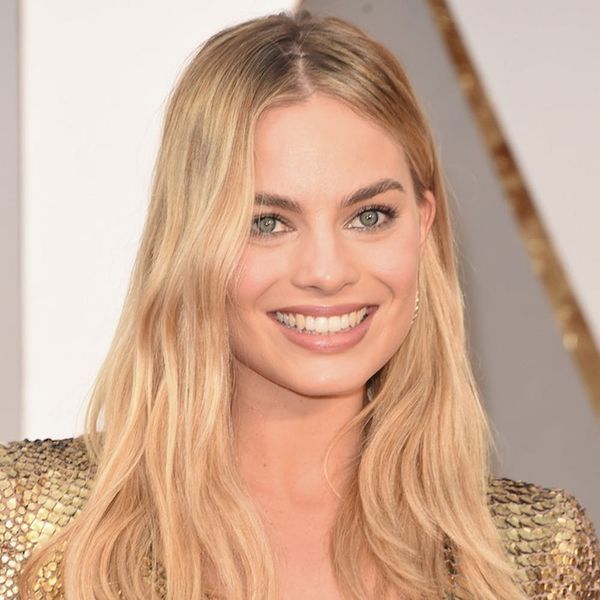 From a blinged-out flip-off to more musical drama, check out six of this morning’s top news stories below.

1. As rumors flew this weekend about Margot Robbie’s secret wedding to bf Tom Ackerley, the pair remained totally quiet… until now! Margot posted a pic to Instagram that at first glance appeared to be her giving the finger, but was actually her proudly displaying a beautiful pear-shaped diamond on her left ring finger, while her and Tom — both dressed in white — kiss in the background. While it looks like an engagement ring and not a traditional wedding band, we’re gonna go ahead and say that’s a confirmation that *something’s* up!

2. The Fifth Harmony drama just got a LOT more interesting. Camila Cabello shocked fans yesterday when it was announced by the group that she suddenly and unexpectedly quit. But now Camila has clapped back, saying that while they were in talks about what would happen when her contract came to an end, she was “shocked to read the statement the Fifth Harmony account posted” without her knowledge, and that she did not intend to leave the group that way. (It should be noted that the original tweet from the group was posted at the STROKE OF MIDNIGHT on the day her contract was up.) The group has once again responded by social media, saying that although the last thing they want to do is play “we said, she said,” that they need to give their fans answers. This thing seems far from over!

Today I bought my father's farm back.

3. Holy crap, Amy Schumer’s Christmas gift to her dad is gonna make you ugly cry with all the feels. Amy Schumer is known to use the advantages afforded to her through her hard-won career to take good care of her family and friends, but her latest move is really one for the books. When she was 12, her family, who had been doing very well, had to declare bankruptcy and leave their family farm behind — and she just bought the farm back for her dad. She posted a screenshot of her telling her dad, and while we’d LOVE to have heard his reaction, some things are better kept in the family.

Break out the blue: It's another baby boy on the way for Tori Spelling and Dean McDermott—congrats to the happy couple! 💙👶(📷: Michael Simon/startraksphoto)

4. It’s a boy for Tori and Dean! Tori Spelling and Dean McDermott, who announced their fifth pregnancy back in October, have revealed in an ADORBS Christmas-themed pic that they’ll be adding a little boy to their brood of two boys and two girls. Congrats to the growing family!

Tonight on @CBStv, the First Lady sits down with @Oprah to reflect on the past eight years at 1600 Pennsylvania Ave. 📺Tune in at 8pm ET/PT.

5. Michelle Obama threw Barack some PERFECT shade in her interview with Oprah. In Michelle’s final interview as FLOTUS, Barack crashed it for a minute to praise the work Michelle had done, and while there asked his wife if she was wearing a new dress. She either didn’t hear him or chose to ignore him, but she DEF did not answer him. LOL! And good for her — that’s the last thing he should be bringing up in that interview!

2001/2016 I love that we almost always stand on the same side of each other. Also, can I just say-we aren't at a costume party in 2001. That's legit how we were dressed for a regular night out. I guess I really was my character from Cougartown? And thank God my eyebrows grew back.

6. Quote of the day: “She’s proof that the love of your life does not have to be a man! That’s the love of my life right there.” Michelle Williams and Busy Phillips are BFF goals at a Manchester by the Sea screening.

Is your BFF the love of your life? Let us know @BritandCo!