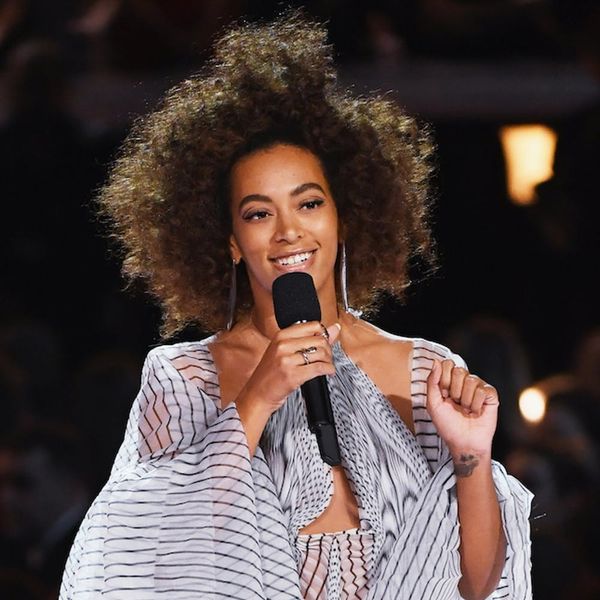 We’ve got all the Grammys news you might have missed last night in today’s Morning Buzz! Check ’em out below.

1. When Adele nabbed music’s biggest night’s biggest award last night, receiving Album of the Year honors for 25, even she made a point of saying (through tears, natch) that the award belonged to Bey’s Lemonade. It seems like Bey’s sister Solange not only agrees, but might decide to boycott the awards show altogether. After the show ended, she tweeted a simple “Wuddup Frank,” with a link to Frank Ocean’s Tumblr post in which he criticizes the Grammys for “cultural bias and general nerve damage.” While we’re sure Bey’s not in it for the awards, you’ve got to wonder if she might get on this train too.

2. Adele wanted Bey to have the Grammy so much she BROKE IT IN HALF. All throughout Adele’s emotional Album of the Year Grammy speech, in which she said she couldn’t possibly accept it because it should have gone to Beyonce, it seemed like she might leave the stage and just hand bey the trophy. While that didn’t happen, she did accidentally (“accidentally”) break the award right in half, and proceeded to proudly show it off. (Photo via Kevin Winter/Getty)

Katy Perry might have thrown some shade at Britney Spears at the Grammys and we’re NOT here for it.

insight into Katy’s reasoning for her new platinum-blonde ‘do, but while she was walking the red carpet, many also feel she also made reference to Britney Spears’ previous mental health struggles, joking that she hadn’t shaved her head during time off for her mental health the way Britney did in her very public breakdown in 2007. Many were quick to slam Katy for her comments, not ONLY because Britney is a pop queen, but because mental health problems are no laughing matter. (h/t Time, photo via Alberto E. Rodriguez/Getty)

Rihanna dancing with her diamond flask. I just.. 😩✊🏾 #GRAMMYs pic.twitter.com/vX9gFNVj9D