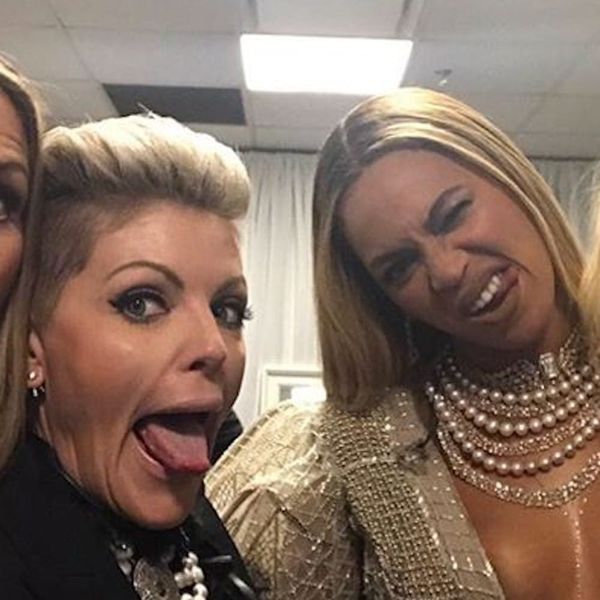 From some CMAs drama to a perfect holiday party primer, check out six of today’s top news items below.

"Ok! I can finally talk about one of the greatest weeks of my life! Thank you @Beyonce ! You slay. All day" - @1nataliemaines Grab your free download of #DaddyLessons too - link in our bio!

1. The Internet is continuing to freak out over Beyoncé’s CMAs performance with the Dixie Chicks, but this time for an entirely different reason. People started claiming yesterday that any mentions and clips of the performance had been scrubbed from the CMA’s site and socials after racist backlash, and now the CMA has responded, telling people it’s not true. “CMA has not erased any mentions of Beyoncé’s performance on the CMA Awards,” a rep told The FADER in a statement. “Beyoncé’s performance with Dixie Chicks was a highlight of the evening and we are continuing to share the amazing full-length performance clip via our official social channels.” *Checks Twitter* *Enter thinking face emoji here.*

2. Jennifer Lopez attempts to break the internet with an empowering, sexy selfie. Jenny from the Block took some time to appreciate all the hard work she puts into maintaining a fit and healthy physique with a side-boob and booty-snowing snap, writing “#loveyourselffirst #feelingempowered #healthybodyhealthymind” Flaunt it, J. Lo!

Tap the link in our bio to see our latest cover star, @chrissyteigen get real about @johnlegend's exes and the time he tried to break up with her 💔 ⬆️ Read her entire interview in the December issue, on newsstands everywhere November 8 📰 Photo by @jameswhitefoto, styling by @jamesdemolet ✨

3. Chrissy Teigen reveals drama from her and John Legend’s past that makes them all the more relatable. Leave it to Chrissy to be as honest as ever! In her new Cosmo cover story, Chrissy recalls the time John tried to break up with her. “Early on in the relationship, I was on tour with him and he’d gotten sick,” she says. “He was feeling really bummed and stressed out. He was like, ‘I can’t be in a relationship right now.'” Never even mind her life — our whole lives would have been different! She goes on to say that him feeling that way lasted for literally a day and she knew it was his stress speaking. “I always joke, ‘Remember when you tried to break up with me?’ He’s like, ‘Yes, sorry. Big mistake.'”

4. Stranger Things‘ Eleven is a music video star now! Now that Halloween is over and there aren’t infinite Elevens walking around carrying Eggos, you can get your fix in this new Birdy video for “Sigma.” The video features Millie Bobby Brown lip syncing dramatically, which, same. Check it out above.

5. The trailer for Jennifer Aniston’s new Christmas movie will get you in holiday party mode already. The sloppy office party scenes in Office Christmas Party hit a little too close to home, TBH. Jen plays a CEO whose brother, Silicon Valley‘s T.J. Miller, is at risk of having his branch closed, so he brings everyone together for an epic office Christmas party to close a super important sale and keep the office open. Hilarity and sloppiness ensues. We can’t wait for this one! It’s out December 9.

Every Kylie Needs A Kendall 👧🏻👧🏻

6. Quote of the day: “Every Kylie needs a Kendall.” Kylie Jenner gets emotional wishing her her sister and “other half” Kendall a happy 21st birthday. Gotta love their sisterly love!

Who is the Kendall to your Kylie? Give them a shout out and tag us @BritandCo!