These Are the 5 Most Popular Camping Destinations in The US 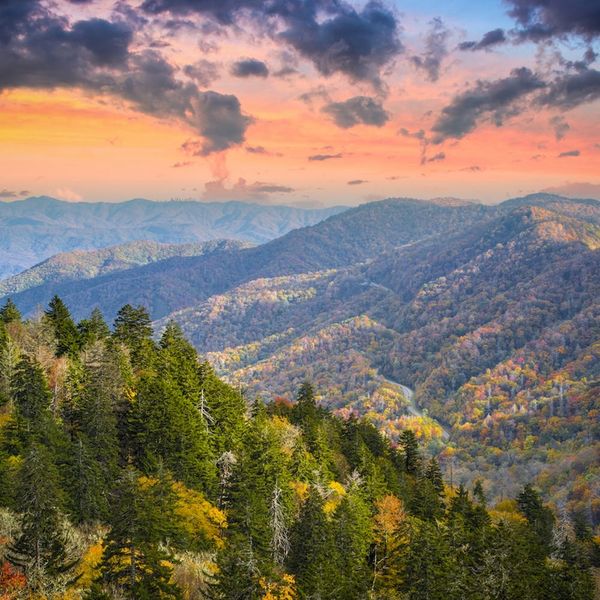 If there’s one major American holiday (besides the Fourth of July) worth celebrating this summer, it’s The National Park Service’s 100th birthday. The NPS turns a century old on August 25. If you’re considering a camping (or glamping!) trip to celebrate all the natural wonders the good ole US of A has to offer, there are a whopping 58 parks to choose from. To help narrow down your options, Hilton recently conducted a survey to discover which parks the most people are headed to this season – and the list might surprise you.

The hotel chain surveyed 1,000 respondents on their camping plans for the summer. While a whopping one in five people admit they’ve never been to a national park (say what?!), those who do have a trip planned are primarily headed to the Grand Canyon. Well, 75 percent of them are at least. After that, the Great Smoky Mountains National Park is the next most popular (coming in at 58 percent). Following close behind is Grand Teton National Park (33 percent), Glacier National Park (29 percent) and Zion National Park (18 percent).

How Yosemite didn’t make it on this list is sort of baffling to us, but hey, that just means less crowded weekend trips for all of us over at B+C HQ in San Francisco ;)

Cortney Clift
Cortney is the senior writer and special projects editor at Brit + Co. She typically covers topics related to women's issues, politics, and lifestyle. When she's not buried behind her computer you'll find her exploring New York City or planning her next big adventure.
Camping
Entertainment
Camping Glamping