It’s Not Just You — No One Likes Group Texts 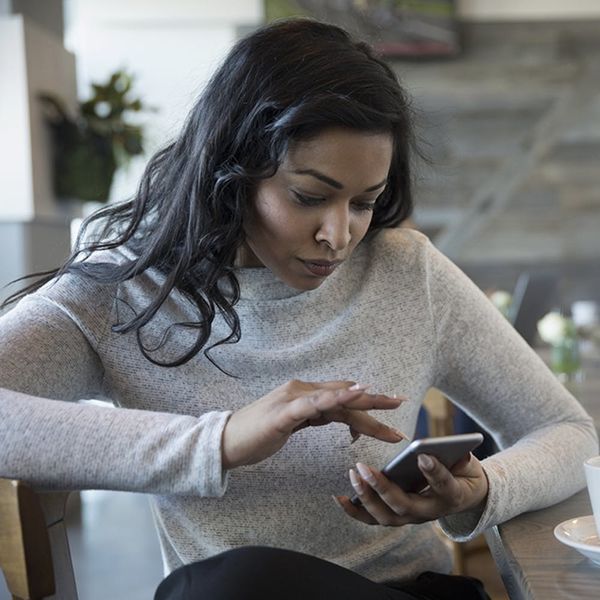 Your friends are the best. You think they’re smart and interesting and funny. You’ve supported each other through multiple breakups and played bridesmaid for each other in happier times. They’re your favorite vacation buddies and ideal company for happy hours, dinner dates, and movie nights in. You love pretty much everything about them… except their group chat. You know you should be happy that everyone is committed to staying in touch regularly, but sometimes you find yourself seriously fighting the temptation to hit “mute” and take a break from the constant digital chatter.

If this sounds familiar, don’t feel guilty. According to a new survey on messaging etiquette from messaging app Viber, group chats are hardly universally beloved. One in six Americans mutes every group chat as soon as they’re added to one, and one in four will mute them later on if they find themselves receiving nonstop messages. Women are also more likely than men to admit that they don’t like group chats. And nearly half of Americans say that receiving 10 to 15 messages on a group texting thread in a single day feels like too much. See? It’s not just you.

According to journalist and communication expert Celeste Headlee, author of We Need to Talk: How to Have Conversations That Matter, says there are multiple ways to explain our growing frustration with group texts or chats — and they probably won’t surprise you.

“The most obvious reason that they’re stressful is because so many people are involved, all sending messages at different times — that notification chime can quickly become irritating,” says Headlee. And, yes, we’ve all been there, trying to finish a project at work or have a romantic dinner with our significant other while our phone buzzes incessantly.

There’s another, perhaps less obvious, reason that so many people mute these chats, though. Per Headlee, group texting represents the worst part of what she calls “online disinhibition,” or the tendency to feel more free to say things to someone through a screen than we would to their face.

“Digital arenas can turn us all into the playground bullies we thought we left behind in primary school,” Headlee says. “We say things in written form that we wouldn’t say to someone standing in front of us. That’s why group chat can become ugly.”

Even if the group chat you share among your friends isn’t riddled with teasing and insults, it can put a strain on your relationships, simply because certain members of the group might find themselves getting annoyed. Headlee likens it to those “reply all” chains that so many of us are all too familiar with at the office. Just as you would prefer to receive a personal email directly from one of your colleagues, you’d probably be happier to chat one-on-one with a friend via text. While group chats have their place — for organizing parties, sharing hilarious memes, or sending holiday greetings to multiple pals — they might not be the best way to go for just staying in touch. Especially if you’re just getting muted anyway. Sorry, but it’s true!

Alli Hoff Kosik
Alli Hoff Kosik is a freelance writer who is passionate about reading, running, rainbow sprinkles, her lipstick collection, watching embarrassing reality TV, and drinking pink wine. She lives in Brooklyn with her husband and (in her dreams, at least) three golden retriever puppies. Listen to her talk books on The SSR Podcast.
iPhone
Relationships
iPhone Relationship Advice
More From Relationships