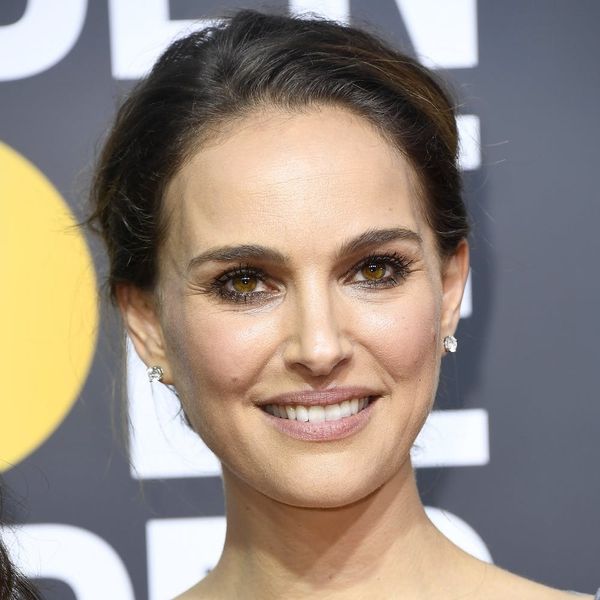 Today we heard from many powerful women, who were on hand in cities such as LA, New York, and Park City, Utah, to speak to massive crowds of people who turned out for the 2018 Women’s March. Among those who participated were Scarlett Johansson, Viola Davis, Olivia Munn, Sarah Hyland, Eva Longoria, Constance Wu, Marisa Tomei, and Nicole Richie (to name a few). One speech in particular stood out, however, as Natalie Portman got personal in LA, recounting to the crowd how her experiences of being sexualized as a young child in the industry shaped her development.

The actress began her speech by addressing those who would equate the current social climate to a regressive, puritanical one that inhibits joking, playful, and comfortable sexual interaction between men and women. For Portman, the reality couldn’t be further from the truth.

“I turned 12 on the set of my first film, The Professional,” she shared, “in which I played a young girl who befriends a hitman and hopes to avenge the murder of her family. The character is simultaneously discovering and developing her womanhood, her voice, and her desire. At that moment in my life, I too was discovering my own womanhood, my own desire, and my own voice.”

The now 36-year-old spoke of the excitement she felt at the thought that “[her] work and [her] art would have a human response…” upon the movie’s release, only to discover that the response she had been so eager to receive wasn’t a pleasant one.

“I opened my first fan mail to read a rape fantasy that a man had written me,” she said. “A countdown was started on my local radio show to my 18th birthday, euphemistically the date that I would be legal to sleep with. Movie reviewers talked about my budding breasts in reviews. I understood very quickly, even as a 13-year-old, that if I were to express myself sexually, I would feel unsafe. And that men would feel entitled to discuss and objectify my body to my great discomfort.”

As a result, the Song to Song star says she changed how she interacted with the world, rejecting films with kissing scenes and putting great emphasis on her “bookish,” “serious,” and “elegant” ways by manner of dress, speech, and action.

“I built a reputation for basically being prudish, conservative, nerdy, serious, in an attempt to feel that my body was safe and that my voice would be listened to,” she explained. “…I felt the need to cover my body and to inhibit my expression and my work in order to send my own message to the world — that I’m someone worthy of safety and respect.”

She concluded by saying that for her to really feel playful and comfortable in her sexuality as a woman, the social climate needs to continue its movement forward. “A world in which I could wear whatever I want, say whatever I want, and express my desire however I want, without fearing for my physical safety or reputation, that would be the world in which female desire and sexuality could have its greatest expression and fulfillment. That world we want to build is the opposite of puritanical.”

"Gender equality can't just exist outside ourselves — it must exist within. We must take responsibility not just for our actions, but for ourselves." – Actress Scarlett Johansson speaks at the Women's March in Los Angeles https://t.co/M5pSNN63YJ pic.twitter.com/iwkHXWLhsX

Johansson, who spoke after Portman, seemed to echo her sentiments, noting that she too had changed her persona at times to fit a dated social construct of patriarchy. “I had many relationships where the power dynamic was so off that I had to create a narrative where I was the ‘cool girl,’” she said. “It allowed me to have the approval that women are conditioned to need.”

She went on to say, “Gender equality can’t just exist outside ourselves. It must exist within. We must take responsibility, not just for our actions, but for ourselves. We must make it our responsibility to feed our own healthy ego, to teach our children to exercise their own autonomy and strength by leading by example.”

For the Avengers: Infinity War star, that means “forgiveness, not for the people who took advantage of my conditioning to pander, but forgiveness of myself. Forgiving the girl who felt used and heartbroken and confused and guilty and taken advantage of and weak. I stand before you, someone that is empowered, not only by the curiosity about myself, and by the choices that I am finally able to make and stand by, but by the brightness of this movement, the strength and the unity that this movement has provided.”

What did you think of Natalie and Scarlett’s speeches? Share with us over @BritandCo.

Nicole Briese
Nicole is the weekend editor for Brit + Co who loves bringing you all the latest buzz. When she's not busy typing away into the wee hours, you can usually find her canoodling with her fur babies, rooting around in a bookstore, or rocking out at a concert of some sort (Guns N' Roses forever!). Check out all her latest musings and past work at nicolebjean.com.
Celebrities
Empowerment
Celebrities womens march