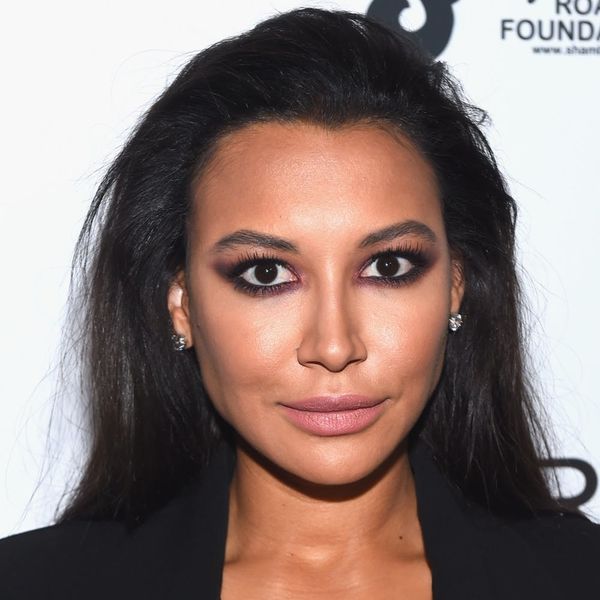 Twitter was on FIRE yesterday after it was revealed that Naya Rivera and David Spade were officially an item. While many assumed the surprising couple had to be an April Fools’ Day joke, as news of their newfound coupledom broke on the least trustworthy day of the year, a source for E! confirmed that this was in fact no prank: a fact their uber-cozy vacay snaps seemed to corroborate.

Rivera, for her part, handled the attention in the best way she possibly could: by making a joke.

Taking to Snapchat stories, the mother of one (who also announced her pregnancy in a super hilarious way) posted a shot of herself looking seriously surprised and saying, “Holy sh*t, guys. The Easter bunny and the f**king tooth fairy are for sure dating. I just saw them.”

While her joke neither confirmed nor denied her relationship with Spade, a source for ET says that they are, in fact, hanging out, though it’s nothing serious as of yet. “It’s very casual and they had a fun time together.”

Nothing wrong with that!

Are you shipping Naya and David? Tell us over @BritandCo.

Nicole Briese
Nicole is the weekend editor for Brit + Co who loves bringing you all the latest buzz. When she's not busy typing away into the wee hours, you can usually find her canoodling with her fur babies, rooting around in a bookstore, or rocking out at a concert of some sort (Guns N' Roses forever!). Check out all her latest musings and past work at nicolebjean.com.
Celebrity Couples
Most Recent
Celebrity Couples love social media