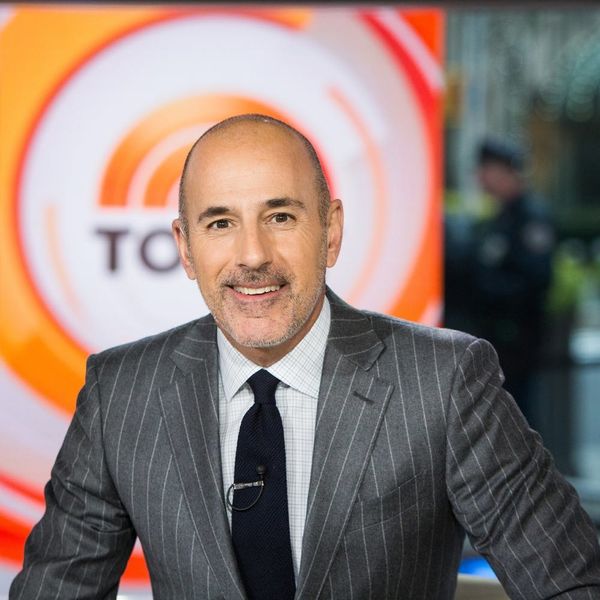 Today Show fans woke last Wednesday morning to learn that the show’s host of 20 years, Matt Lauer had been fired and would not be returning after evidence showed numerous instances of sexual misconduct over the course of his career. Although Lauer recently re-signed his contract with the network in 2016 (and reports estimated that he was making between $20-25 million per year, making him one of the highest paid news anchors on television), his firing won’t see him receiving any extra compensation from his former employer.

According to Variety, who broke the allegations against the former anchor, NBC held a meeting Friday night, mostly with staffers from the NBC evening news program Nightly News. During the meeting, someone asked NBC News president Noah Oppenheim about whether the network will be paying out a settlement to Lauer. Those at the meeting were informed that because Lauer was fired “with cause,” he would not be receiving any more money from the company going forward. “[He] will not be paid past his last day of work,” an NBC source told CNN over the weekend.

The network is working swiftly to ensure justice for those who have come forward against the former host, and according to ABC, human resources at NBC are combing through Lauer’s NBC email address to find any other indication of his wrongdoing.

Lauer himself released a statement after his firing, denying the truth of some of the accusations without pointing out what he believes are false. Just one week before he was fired, however, he told his bosses at the network that he couldn’t think of a single incident that would be considered wrong.

Since Lauer’s firing, two more women have come forward to accuse him of sexual misconduct at work, and some fans of the show feel that his release may be vindication for his former co-host Ann Curry, who was fired only one year after signing on to share hosting duties with Lauer in 2011.

What do you think of the Matt Lauer scandal? Tell us @BritandCo!