10 Long-Awaited TV Shows and Movies to Stream This Weekend 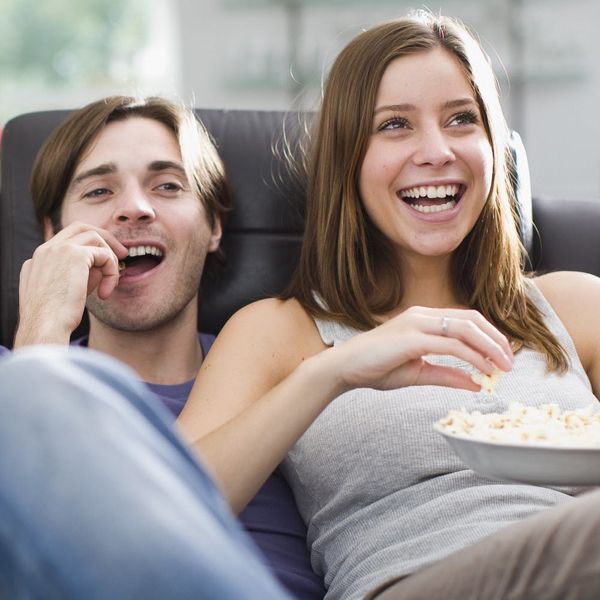 You know all those movies that you always want to stream, but can never find anywhere on the Internet? Well, rejoice, because a whole bounty of classic flicks are FINALLY going to be available (if you’ve seen what’s coming to Netflix in April). We’ve rounded up all the newest old movies to hit the streaming services, plus a few new movies and shows that will get you through the weekend.

1. The Princess Bride: All together now: My name is Inigo Montoya. You killed my father. Prepare to die. Is there anything more that needs to be said? (Image via Amazon)

2. Ferris Bueller’s Day Off: The classic is now available on almost all streaming services: Netflix, Hulu and Amazon. Just one watch of the movie and you’ll probably be calling out of work on Monday to go join a parade. (Image via Everett Collection)

3. Bananas: Slapstick Woody Allen at its finest, Bananas was one of Allen’s first films. In the movie, Allen’s character gets mixed up in a political scheme and sent to an island country with a dictatorship. Hilarity, wit, slapstick, satire and surprising insight into politics and relationships ensue. (Image via IMDB)

4. You’ve Got Mail: YOU GUYS. How long have we hoped, prayed and begged for this movie to be available on the Internet? The streaming gods have answered our prayers and finally made the Meg Ryan/Tom Hanks rom-com classic available to the masses. (Image via Warner Bros.)

5. The Big Lebowski: Perfect for those weekends when all you want to do is drink a white Russian and say over and over again, “the dude abides.” (Image via Universal Studios)

6. Codegirl: Anything boys can do, girls can do better, right? This documentary takes the childhood taunt and puts it to the test. High school aged girls from around the world try to use technology to make their worlds better and bust through the male-dominated app market. (Image via Codegirl)

7. The Ascent of Woman: The four-part documentary mini-series from the BBC finally makes its way stateside with the help of Netflix. The show focuses on the evolution of woman throughout society. The whole thing is powerful and will make you realize the strides towards gender equality that we have made — and how much is left to go. (Image via BBC)

8. Lars and the Real Girl: This movie stars RyGos in a role that will make you want to reach into the screen and yell at the characters that they don’t know what they’re missing. It’s charming, quirky, weird and, at times, heart-breaking. (Image via Metro Goldwyn Meyer)

9. The Fault in Our Stars: If you missed this one when it swept across theaters in 2014, now is your time to catch up. Okay? Okay. (You’ll get that reference after the movie, and it will probably make you cry.) (Image via Fox 2000)

10. The Path: The addictive-looking Hulu original is all about cults, and the lives that they affect. Plus, it stars Aaron Paul and Hugh Dancy. If that won’t make you immediately stream the show, nothing will. (Image via Hulu)

What movies are you still waiting to come online? Let us know @BritandCo!