Which Netflix Holiday Movies Are Worth Your Time? We Graded Them 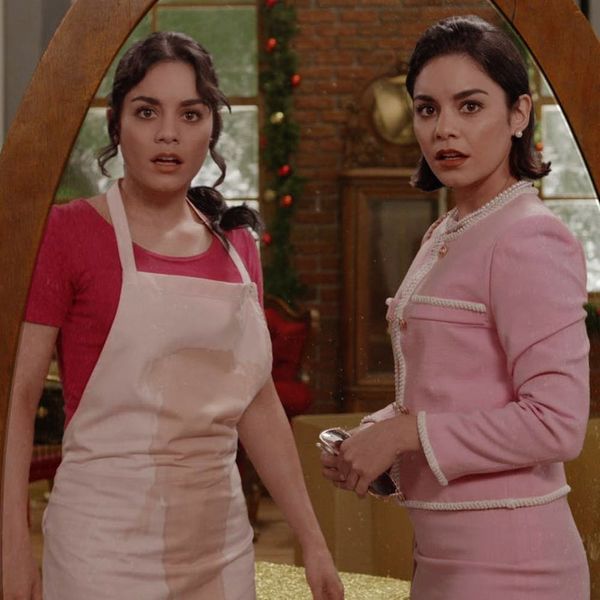 After getting into the holiday movie game in 2017 with A Christmas Prince and Christmas Inheritance, Netflix doubled its output in 2018, debuting four additional festive original films. Brit + Co Senior Writer Cortney Clift watched all six of the seasonal flicks and graded them on her very own (un)scientific scale, so you know which are worth your time. (Spoiler: All of them, really, but not for the same reasons.)

I’ve said it before and I’ll say it again: I watch a lot of really bad Christmas movies. Maybe I’m drawn to them as a temporary distraction from our bleak political landscape. Maybe deep down I really just want to be that city girl who goes home to her charming small town and falls in love with a sexy woodworker. Who can really say? (Me. I can say. It’s the latter.) In all my hours developing my expertise in this niche genre, I’ve learned there is a fine line between these movies being delightfully bad and just plain brutal to watch. Since it’s almost Christmas, I want to offer up a very special gift to you. Should you find yourself in a cookie coma on your parents’ couch over the holidays, here are my unfiltered (very professional) thoughts on the top holiday movies currently available on Netflix.

Summary: Stacy De Novo is a baker who needs to learn to loosen up a little bit. When her longtime bestie Kevin tells her that she’s been accepted into a baking competition in Belgravia, they embark on a last-minute trip that’s a little bit of work and a little bit of fun. While she’s there, she runs into the prince’s fiancée — who just happens to look like she could be Stacy’s long-lost twin. They switch lives and complicated romantic endeavors ensue.

Worth watching? This is essentially 90 minutes of Vanessa Hudgens giving a young Lindsay Lohan a run for her money. So yes, I’d say that’s worth some time. Most of the plot lines are visible from a mile away, but one thing I did not see coming was a pivotal scene in which Kevin (pictured above) wanders into Princess Margaret’s room shirtless, accompanied by a truly unbelievable amount of abs. Consider this clip the only trailer you need.

Summary: Amber is a “journalist” whose first-ever assignment is to hop on an international flight to attend a press conference in Aldovia regarding the appointment of the country’s new king. Spoiler alert: The prince (soon-to-be king) doesn’t show and the press conference is canceled. But Amber is a real journalist, you see. She goes undercover as the royal family’s tutor and discovers that, OMG, she kind of loves the prince… and maybe he loves her too??

Worth watching? This is a resounding YUP from me. It really gives you everything you want from a cheesy Christmas flick: a grand castle, snowball fights, PG-rated romance, and a sassy sidekick in the form of Prince Richard’s little sister, Princess Emily. This one is ideal to watch with others so you can discuss the cheesier parts over many glasses of wine.

Summary: As one of Netflix’s earlier 2018 holiday releases, this one got a little buried in the queue. (I also temporarily forgot the plot and had to Google it to refresh my memory, so maybe there’s a reason for that.) Abby is a photographer faced with the classic starving-artist dilemma: She wants to make art but she also needs to make money. And if the career crisis weren’t complicated enough, her best friend (played by Quincy) returns to town, and it seems like maybe he doesn’t really want to be just friends after all.

Worth watching? Sure, why not? Are you interested in watching a montage of Gregory Peck’s very attractive grandson (Ethan Peck) take Abby on a slew of very festive dates? Would you also like to watch Quincy sulk about said dates while wearing a Santa hat? Then grab some of mom’s eggnog and settle in. I should also probably mention that a magical advent calendar and William from This Is Us are involved.

A Christmas Prince: The Royal Wedding

Summary: We’re back in Aldovia a year later for the royal wedding. Except, oh no! Life as a royal is turning out to be a lot more restricting than laid-back Amber is used to. Plus, her fiancé is kinda MIA lately and the people of Aldovia don’t seem to be loving his plans for the country. But maybe Amber’s seasoned journalism skills can save both her upcoming marriage and the country.

Worth watching? Meh. Maybe? Unfortunately, this sequel doesn’t feel quite as enjoyable as its predecessor. Between King Richard being in maybe five scenes and the semi-sexist remark he makes to Amber when she offers to help him fix the national crisis he’s caused, the romance in this one feels like — well, actually, it doesn’t really feel like anything. However, Princess Emily is as hilarious as ever, and this flick offers a recasting of Amber’s dad, who is just the right blend of cringey and endearing.

Summary: Kurt Russell stars as one of the cooler castings of old St. Nick in this new Netflix movie. It’s business as usual on Christmas Eve for Mr. Claus until spunky Kate and her angsty older brother Teddy spot his sleigh in the neighborhood and hop in to have a look around. But whoops! Santa doesn’t see them and takes off. It turns out it’s a bit chilly in a magical convertible 35,000 feet above ground in December, so Kate taps Santa’s shoulder to ask for a blanket and scares the jingle bells out of the poor dude. Cue a massive sleigh accident that needs to be resolved before sunrise.

Worth watching? Sure. This one is more akin to Tim Allen’s The Santa Clause than a cheesy romantic Christmas flick, but it’s enjoyable just the same. If you’re looking for a movie the whole family (even dad) can enjoy, this is your best bet. TBH, I wasn’t crazy about this movie’s interpretation of Santa elves, but I digress. Tune in for a very pure Christmas message and some fun cameos from the Hudson/Russell clan.

Summary: Ellen is the heiress to her father’s gift business, but her dad is worried that she’s a little too into all the parties that come with the lifestyle to successfully take over. As a test, he sends her for a weekend trip up to rustic Snow Falls on a very limited budget to see how she fares. (How this relates to running a company, I’m not entirely sure, but let’s just go with it.) While in Snow Falls, she sparks up a romance with the town’s taxi driver/innkeeper/resident single dude, even though she has a fiancé waiting for her back home.

Worth watching? Hell yeah. This one really leans into the Christmas ambiance I’m looking for when I watch these movies: a well-decorated inn, snowy main street, quaint local diner, etc. It even has a lead you might recognize. The actor who plays Jake had a recurring role on HBO’s Girls and was also in the hit indie comedy Obvious Child.

Which corny Christmas movie are you loving this year? Share your faves with us on Twitter @BritandCo.

Cortney Clift
Cortney is the senior writer and special projects editor at Brit + Co. She typically covers topics related to women's issues, politics, and lifestyle. When she's not buried behind her computer you'll find her exploring New York City or planning her next big adventure.
Holidays
Streaming
Holidays Movies Netflix
More From Streaming