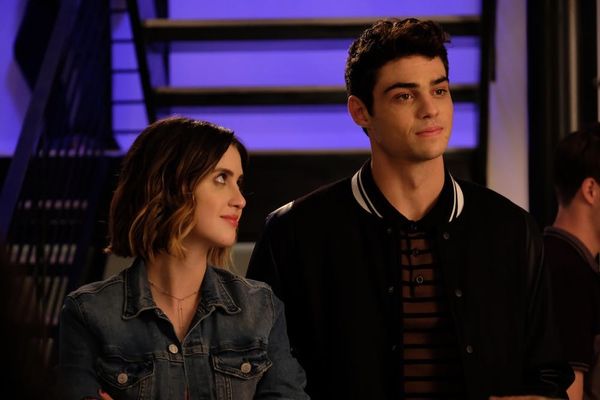 Itching for a Noah Centineo fix after all of the recent To All the Boys I’ve Loved Before sequel updates? Rather than watch the Netflix hit for the millionth time (no judgment), set your calendars for April 12, when Centineo’s newest rom-com, The Perfect Date, finally debuts on the streaming service.

Centineo plays Brooks Rattigan, a smart, charming high school student who agrees to go on a date where he’s paid to take Celia Lieberman (Laura Marano) to her semi-formal. (He’s trying to save up money to go to Yale, naturally.) When he turns out to be a not-terrible companion, she suggests making fake-dating his part-time gig.

This leads to “The Stand-In” app, where users can pay Brooks to be their chaperone and fake boyfriend while also selecting a personality for him, picking out his ideal interests, and choosing whether he’s a “listener or a talker.” For instance, one person selects the former and talks for four hours straight, pausing only to let him say, “There is no other way to see it” — basically, as Celia says, “the perfect date.”

The plan goes swimmingly for Brooks, especially when he starts “chaperoning” the most popular rich girl around, Shelby Pace (Camila Mendes). But just as he’s on the verge of getting everything he’s ever wanted, he realizes he no longer knows which version of himself he’s supposed to be, or where (and with whom) he’ll truly find happiness.

RELATED: 11 Movies That Prove Rom-Coms Are Having a Moment