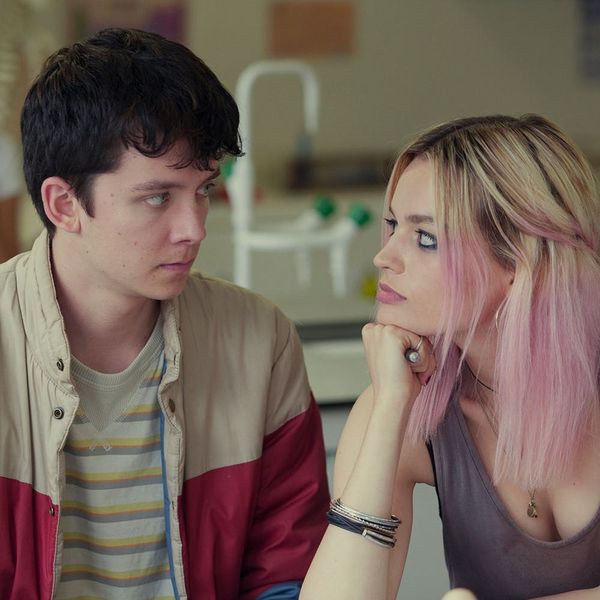 When the credits rolled on the first episode of Netflix’s new series Sex Education, I found myself genuinely surprised by how emotionally invested I had become after just 52 minutes. I didn’t think this teen comedy was made for someone my age, but it’s mid-January, it’s freezing outside, and right now I’ll binge just about anything. I couldn’t stream the next episode fast enough. It’s been 10 years since I was a high school student, but I quickly learned that a concurrent experience with puberty is not required to appreciate the honest and utter perfection that is Sex Education.

The series is centered around Otis (Asa Butterfield), a sweet, 16-year-old virgin whose mother (Gillian Anderson) is a sex therapist. Through a turn of events, his rebellious, Kat Stratford-esque classmate Maeve discovers Otis has his mother’s knack for doling out advice and — despite his lack of firsthand experience — has also inherited a lot of useful knowledge from her about sex. They team up to start a sex therapy clinic at school and begin helping the students of Moordale Secondary navigate the tumultuous whirlpool that is teenage hormones and sexual experiences.

The plot works brilliantly, but where Sex Education really shines is through its cast of characters. They’re a near-perfect example of the kind of diverse and inclusive crew the internet has been begging Hollywood to create for years. As one Twitter user pointed out, eight minutes into the pilot episode, we’re introduced to a leading character who is possibly asexual; a sexually-liberated, single, middle-aged mother; a gay Black teen; and an interracial lesbian couple.

This certainly isn’t the first TV series to make a real effort to embrace inclusivity in its cast, but Sex Education’s ability to create depth, complexities, and development for each of those characters is where it truly excels. Take Otis’ best friend Eric (played by newcomer Ncuti Gatwa). Eric quickly transcends the tired “gay best friend” trope with pitfalls and triumphs that are entirely his own. Over the course of the season, we watch Eric struggle with his religious upbringing and fully coming out to his immigrant parents. We even cry with him as he deals with homophobic bullying in and outside of school. Where these story points could go too dark for a teen comedy, the writers have brilliantly managed to incorporate Gatwa’s natural comedic timing and the character’s undying sense of optimism.

Even the minor characters of the show evoke a strong sense of attachment. Case in point: Lily, a nerdy comic book artist and swing band member who is impressively outspoken about finding someone to lose her virginity to ASAP. In one scene where she comes close, her partner tells her she’s sexy while they’re undressing. To that, she bluntly responds, “I know.”

Character arcs and sex-positive triumphs aside, it’s near impossible to figure out both when and where the show is meant to take place. Otis has a wall full of records. He and Eric ride old bikes to school. The cast is often dressed in ’80s and ’90s attire. But suddenly Kelly Clarkson and Ed Sheeran are mentioned. Smartphones come into play and texting bubbles appear on-screen.

The British cast would lead viewers to believe the show is set somewhere in the UK, but it looks more like Otis and his mom live in a cabin in Vermont. At school, there’s not a uniform in sight. The kids throw huge house parties, complete with famously American Solo cups. The jocks wear letterman jackets and throw around American footballs.

These ambiguities were a deliberate choice by the show’s creators. It’s meant to feel like an homage to the classic John Hughes movies we grew up loving. That certainly comes through, but it often feels more like a distraction than a nostalgic comfort. Time-warped costuming and sets work for hit series like Riverdale and The Chilling Adventures of Sabrina, but blending both time periods and trans-Atlantic cultures leads to a case of viewer vertigo.

Thankfully, Sex Education’s heartwarming display of the teen and overall human experience outshines a few misplaced varsity jackets. It’s honest. It’s laugh-out-loud funny. It touches on some extremely real and relevant social issues, and I wouldn’t be surprised to see these characters live on as timelessly as the era to which they are supposed to belong.