3 New Memoirs That Will Get You Seriously Inspired RN 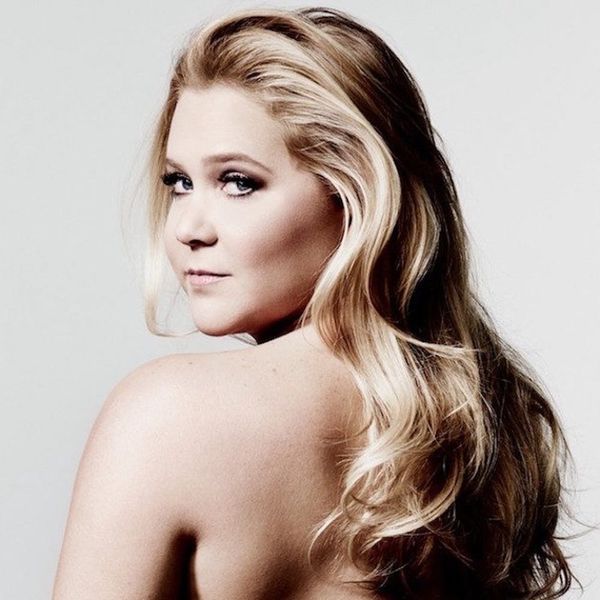 We all have to deal with the past. Whether you’re proud of your history or not, and whether it manifests itself in fond memories or haunting nightmares, you’ve got to admit it’s responsible for making you what you are today. Memoir and the personal essay are uniquely adept at taking these defining moments and adding valuable perspective; the author often gains the ability to laugh at past humiliation, learn from past decisions, or live with the person she’s become, and as a reader, you might as well. This week’s book club features three very personal works from compelling, gutsy and successful ladies: you won’t mind dredging up the past when it’s these writers doing the digging.

1. The Girl With the Lower Back Tattoo by Amy Schumer ($17): Who doesn’t love Amy Schumer? Wait, maybe don’t answer that. We know that her brand of fearless satire has captured our hearts (and maybe made us choke on our economy-sized bottles of wine more than once), but the incisive and insightful comedian has faced her share of criticism, heartbreak and disappointment. Where does humor come from, though, if not a subverted expectation? Schumer writes a deeply personal series of essays about her life, going all the way back to those awkward teenage years, to show us how she became the force of nature (and occasional “trainwreck”) she is today.

Schumer tells us stories from her “life as a daughter, sister, friend, comedian, actor, girlfriend, one-night stand, employee, employer, lover, fighter, hater, pasta eater, and wine drinker,” wrapping each one up in a hilarious package. She assures her readers that she’s being honest, if maybe a little circumspect: “Everything in this book really happened… But it isn’t the whole truth. Believe it or not, I don’t tell you guys everything.” It sure seems like it, though, with chapters such as “An Open Letter to My Vagina,” “How I Lost My Virginity” and “An Introduction to My Stuffed Animals.”

In her own self-effacing way, Schumer is adamant that this is a work of entertainment, not an instruction manual. “I also want to clarify that this book has NO SELF-HELP INFO OR ADVICE FOR YOU,” she writes. “I haven’t figured anything out, so I have no wisdom to offer you. But what I can help with is showing you my mistakes and my pain and my laughter.” Well, in terms of wisdom, we think that’s plenty, and we’ll hang out with Amy’s past, present and future selves any day.

2. Riverine: A Memoir from Anywhere But Here by Angela Palm ($10): Angela Palm, owner of Ink + Lead Literary Services, has a past that falls more under the “haunting nightmare” category. Palm grew up isolated in a rural community in Indiana, where her more “bookish” interests put her at odds with the farmers. She even lived between two towns, not officially a part of either. Much like Beauty and the Beast’s Belle, she found herself singing “there must be more than this provincial life,” thinking that, though her home was built from the now-dry riverbed of the diverted Kankakee River, it was still too easy to drown there. In Riverine, she tells the story of her attempts to escape, first through embracing religion, then through her imagination and finally by leaving town for college (and later the entire state). Palm still, though, found it impossible to move on, because she wasn’t the only one trapped.

“What wonder is the order in disorder. What beauty. What certainty.” In high school, Palm gravitated toward former outsider Corey, but her attraction pulled up short when he was convicted of murder. This incident, along with Palm’s uncle’s conviction for attempted murder, led her to the study of criminal justice. Though this fascinated her, academic study aside, she was unable to truly achieve closure until she went back to the “scene of the crime” and was able to at least ask Corey about his choices.

“How could we reside in both towns, yet seemingly in neither at the same time?” Palm asks. “I wanted to conquer that yellow land and write myself all over it: this part, this swath of land right here, belongs to a girl.” Much like the diverted river kept trying to flood its new banks to return to its path, Palm needed to return to gain perspective on her actions. Winner of the Greywolf Press Nonfiction Prize, the essays in Riverine cast an unflinching look at water, fields and mountains; all part of a homecoming that doesn’t quite feel like home.

3. Born Bright: A Young Girl’s Journey from Nothing to Something in America by C. Nicole Mason ($18): We all face obstacles to our success, but for some, the obstacles are bigger, or the success is greater. Sometimes, the two coincide, and overcoming these seemingly insurmountable obstacles leads to enormous success. C. Nicole Mason, now Executive Director of the Center for Research and Policy in the Public Interest at the New York Women’s Foundation, rose to prominence as one of the youngest think tank leaders ever when she became Executive Director of the Women of Color Policy Network at New York University’s Robert F. Wagner Graduate School of Public Service. Mason, whose commentary has been featured on many major TV networks (like NBC and CBS), as well as NPR and a dizzying number of newspapers and magazines, takes us back into her past to a story of growing up in poverty alongside her 16-year-old single mother, and eventually getting through to college and beyond with barely the clothes on her back.

While Angela Palm was caught between the borders of two towns, Mason was caught between the borders of two lives: One where being smart meant surviving, the other where intelligence was measured by grades and AP scores. Neither life wanted to accept the other; they could barely see past their own constraints. “When inner-city kids were asked to draw the world, they drew their immediate neighborhoods,” Mason writes. “I believe if I had been given the task of drawing the world as a young child, I would have drawn my neighborhood, too. That was my world, and I could not see beyond it.”

Mason doesn’t tell her story, necessarily, to encourage others to follow her path; she rebels against the notion that those who don’t succeed under similar conditions are just not trying hard enough, and instead takes a hard look at the social strictures put in place that make class mobility and an escape from poverty extraordinarily difficult: “I wondered aloud whether or not it was the system that was broken, rather than the people.” You’ll be forgiven, though, if you still get seriously inspired by Mason’s brilliance and bravado, which author Liz Murray (…My Journey from Homeless to Harvard) calls reminiscent of “James Baldwin, bell hooks and Maya Angelou” — but she hopes you’ll take that inspiration and put it toward equality and social change.

What books are part of your history? Tag us in your next biographical read @BritandCo.