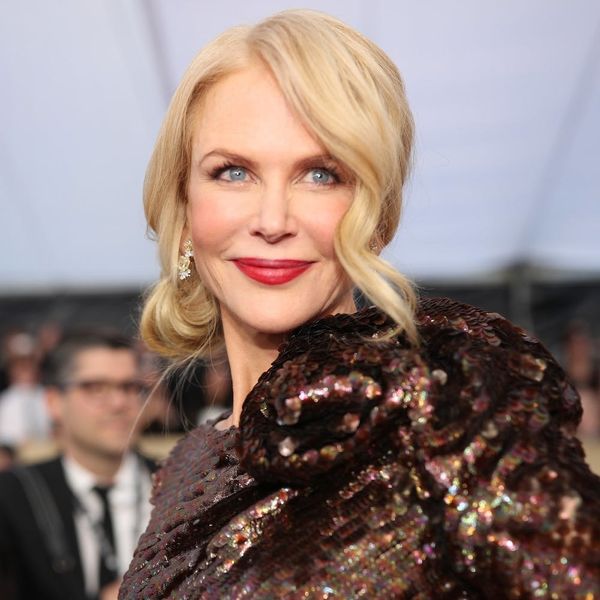 Liane Moriarty’s writing is the gift that keeps on giving. Not only are fans getting an unexpected second season of Big Little Lies — the award-winning TV series based on her 2014 novel of the same name — but series star and executive producer Nicole Kidman has just closed a preemptive deal for the movie and TV rights to her upcoming book, Nine Perfect Strangers.

According toThe Hollywood Reporter, Kidman’s Blossom Films production company and Bruna Papandrea’s Made Up Stories have teamed up for the project, which the actress will both star in and executive produce. It’s unclear whether the story will be adapted as a film or as a television series.

The book, which hits shelves on November 6, centers around nine strangers who spend 10 days at a remote health resort, during which time their lives are somehow changed forever. Kidman will reportedly play Frances Welty, a former romance novelist who is mending a broken heart.

“I’m so very happy and thrilled to once again be working with Nicole, Per [Saari], and Bruna,” Moriarty said in a statement to THR. “They are such talented, passionate people and I have no doubt that whatever they do with my Nine Perfect Strangers, it will be brilliant. I’m honored by their faith in this book — even before I’d written ‘the end’ they believed in it, and I just feel very lucky to have had them come into my life.”

Kidman took home both an Emmy and a Golden Globe for her role as Celeste Wright in the first season of Big Little Lies, which also earned Golden Globes for Best Television Limited Series, Best Performance by an Actor in a Supporting Role for Alexander Skarsgård, and Best Performance by an Actress in a Supporting Role for Laura Dern. The series was also honored with eight Emmys, including Kidman’s award.

Are you excited for Nine Perfect Strangers? Let us know @BritandCo!

Desiree O
Desirée O is a ‘Professional Bohemian’ who loves anything and everything related to the arts, entertainment, and pop culture. She ADORES being a ‘Newsy’ for Brit + Co, covering all of the latest tidbits of awesomeness that you want to read about. When she’s not writing, she’s either making messy art, going on long adventurous walks with her camera, or poking around over at bohemianizm (http://www.bohemianizm.com/). You can find out about Desirée O and her work at http://DesireeO.com/ or follow her on Twitter @DesireeO.
Books
Pop Culture
Books Movies TV
More From Pop Culture