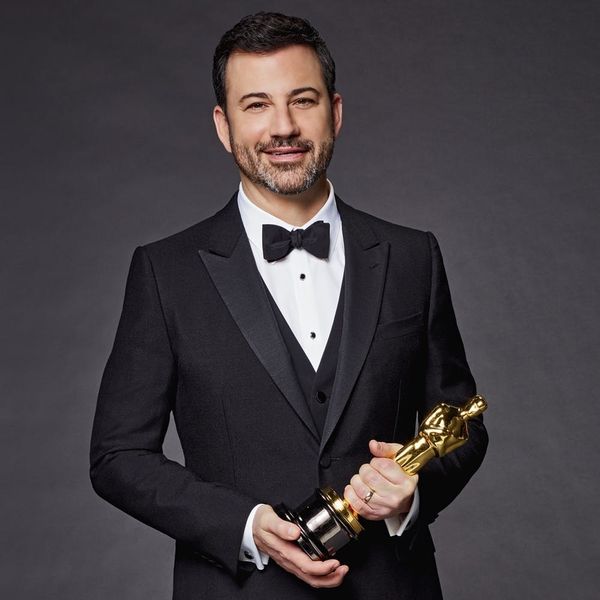 The 2018 Oscarsred carpet may not have had as many Time’s Up or #MeToo moments as other recent awards shows, but host Jimmy Kimmel didn’t waste any time before addressing Hollywood’s pivotal year in his opening monologue.

From there, nothing was off limits as the host addressed the Harvey Weinstein scandal and the sexual harassment and equality problems in Hollywood. “Oscar is the most beloved and respected man in Hollywood. And there’s a very good reason why. Look at him. He keeps his hands where you can see them. Never says a rude word. And most importantly, no penis at all. He is literally a statue of limitations. And that’s the kind of men we need more of in this town,” he quipped.

“We can’t let bad behavior slide anymore. The world is watching us. We need to set an example,” he continued. “And the truth is, if we are successful here, if we can work together to stop sexual harassment in the workplace, if we can do that, women will only have to deal with harassment all the time, at every other place they go.”

At one point, in reference to the night’s most-nominated movie The Shape of Water, he joked, “Thanks to Guillermo [del Toro], we will always remember this year as the year men screwed up so badly, women started dating fish.”

He also couldn’t help but take a few swipes at the industry’s shortcomings in the context of Mark Wahlberg and Michelle Williams’ All the Money In the World pay disparity scandal, noting that both stars are represented by the same agency. “This story really shook me,” he deadpanned, “because if we can’t trust agents, who can we trust?”

Of course, no awards show opening monologue would be complete without the customary roll-call of celebrities around the room, and the 2018 Oscars were no exception. But Kimmel handled a troubled time in the industry — and on its biggest night, no less — deftly and with the appropriate sincerity. As he went on to urge viewers and attendees to learn from the #MeToo, Time’s Up, and even Never Again movements, the late-night host said he hoped that, ultimately, the night would be about positivity. We’d say his monologue was a step in that direction.

What did you think of Jimmy Kimmel’s 2018 Oscars opening monologue? Let us know @BritandCo.