Oscars 2018: Why People Are Not Impressed by Twitter’s #HereWeAre Hashtag Launch 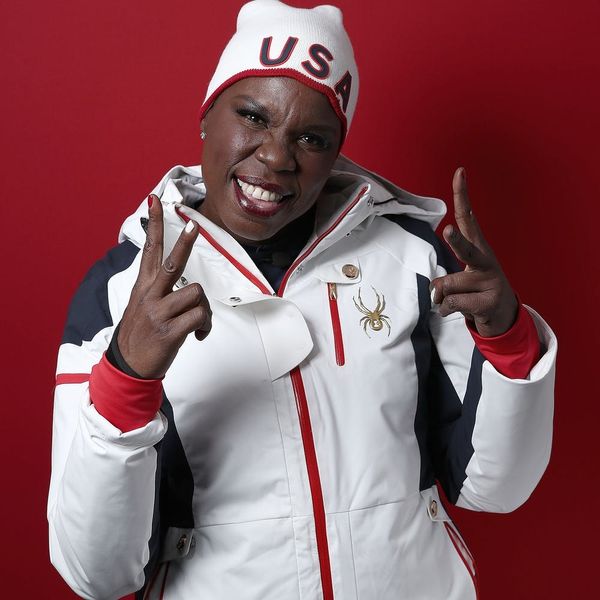 Twitter has been an indispensable tool in many a recent social movement, from the Arab Spring to Black Lives Matter, to Me Too to Time’s Up. All of these movements have been user-generated — someone posts a thought, an idea, or a hashtag, and it spreads like wildfire.

On Sunday night, Twitter inserted themselves into what has up until now been an organic process, by running an ad during the Oscars that asks the world to join an online movement of their design.

The one minute spot features writer and performer Denice Frohman reading an original poem as images of a diverse group of women flash across the screen.

“I heard a woman becomes herself the first time she speaks without permission,” begins Frohman. “Then every word out her mouth, a riot.” Among the women depicted as she reads are filmmakers Julie Dash, Ava DuVernay and Jennifer Brea and actor Issa Rae. The ad concludes with an invitation to tweet a new hashtag: #HereWeAre.

We stand with women around the world to make their voices heard and their presence known. To bring them front and center, today and every day. Join us as we say #HereWeArehttps://t.co/bVXGJ1NibP

It’s a beautiful poem, and the sentiment feels honorable — both the ad and hashtag seem designed to encourage a broad range of women to make their voices heard on Twitter.

Yet for many viewers, the fact that the message was produced by Twitter meant the message rang a little hollow. The platform has a pretty dismal track record when it comes to protecting women, the LGBTQ+ community, trans people, and other minorities from harassment and trolls, a hypocrisy that Twitter users were quick to point out:

So does that mean y'all are gonna start ridding Twitter of the trolls that harass and threaten women everyday? #HereWeAre

I loved the poem.

Cool also hey this guy is verified and endorsed by your companyhttps://t.co/yzCKo8rjGy

Many point to the case of actor Leslie Jones, who after starring in the all-female 2016 remake of Ghostbusters, was harassed and trolled so badly that she considered leaving Twitter for good (which would have been a tragedy considering her epically hilarious tweets during the 2018 Olympics).

Last year, the company did announce a series of changes designed to curb “hateful conduct and abusive behavior” on the site, among them the banning of explicitly hateful usernames, hateful imagery, accounts associated with hate groups, and tweets that celebrate violence.

And as recently as last week, Twitter CEO Jack Dorsey admitted the company had been overwhelmed by the quantity of abuse perpetrated on their network.

“We have witnessed abuse, harassment, troll armies, manipulation through bots and human-coordination, misinformation campaigns, and increasingly divisive echo chambers,” Dorsey wrote in a Tweet. “We aren’t proud of how people have taken advantage of our service, or our inability to address it fast enough.”

We have witnessed abuse, harassment, troll armies, manipulation through bots and human-coordination, misinformation campaigns, and increasingly divisive echo chambers. We aren’t proud of how people have taken advantage of our service, or our inability to address it fast enough.

In order to combat these issues, the company has issued a call for proposals to improve the “conversational health” of the online service.

Perhaps this #HereWeAre campaign is part of Twitter’s effort to elevate the level of conversation on their network. It’s hard to argue with the sentiment of #HereWeAre. That being said, it would have been wiser to make sure that a diverse range of voices feels safe speaking up online, before overtly compelling them to do so.

Do you think Twitter messed up on this one? Tell us @britandco.

Lia Grainger
Lia Grainger is a freelance journalist and reluctant nomad who divides her time between Canada and Spain, weather dependent. She's written for The Atlantic, Reader's Digest, the Toronto Star and other print and online publications, and her work appears in dozens of languages around the world.
Controversy
Current Events
Controversy Oscars twitter
More From Current Events