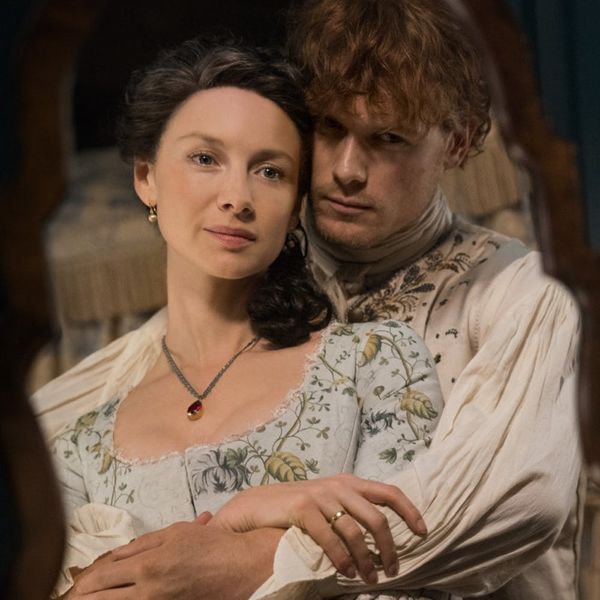 The time between Outlander seasons — known to fans as the “Droughtlander” — is nearing an end, with season 4 set to premiere in November. And the first full trailer for the new episodes proves that the wait will have been very worth it.

“Do you know what lies beyond those trees?” Claire (Caitriona Balfe) tells Jamie (Sam Heughan) as they reunite in their new homeland. “This is just the start of what America will become. People come here in the thousands, all hoping to live the American dream.”

As we saw at the end of last season, the time-traveling pair landed in 18th-century Georgia after their ship sank during a storm. When the new season picks up, they’ll face not only the unfamiliarity of a new land, but also escalating Revolutionary War tensions as they try to establish their roots.

The most shocking reveal, however, takes place in the final few seconds of the trailer, when Claire and Jamie’s daughter, Bree (Sophie Skelton), is seen walking up to the stones at Craigh na Dun. It’s then that we hear a familiar voice — that of actor Tobias Menzies, AKA Frank Randall — saying, “Sometimes life takes unexpected turns.”

Frank, of course, died in season 3, and while it’s not yet clear whether Menzies’ return will be in voice only or as a cameo, the tease comes as a shock — and a departure from the show’s source material, Diana Gabaldon’s book series of the same name. Menzies is currently set to play Prince Philip in season 3 of Netflix’s The Crown.

Check out the full Outlander season 4 trailer below, and watch when it premieres on November 4 on Starz.

Are you excited for season 4 of Outlander? Let us know @BritandCo!