Play Pong While You Wait to Cross the Street 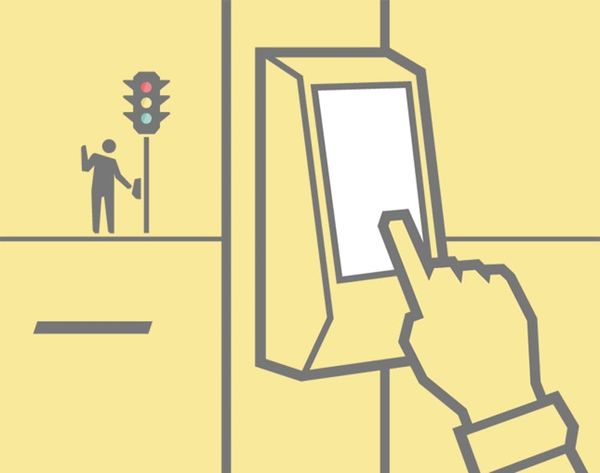 Social gaming has hit the streets. Germany just approved the use of a ping pong game that pedestrians play on street poles while waiting for the light to change. It’s not only innovative, it’s a totally fun way to meet people, because you can only play with an opponent across the street.

The game is called ActiWait, and you can only play it when the walk signal is on. While it’s on, you move your “paddle” back and forth to prevent the ball from going through. Meanwhile, in the background of the screen, a red bar dwindles as the time left in the game runs out.

The viral video that lead to the real life invention of these pedestrian games was actually just a really well-executed concept vid. People were not only convinced that the game was real, but they wanted it in their city.

Of course this is a super fun way to pass the time while waiting to cross the street and meet new people, but it could also keep pedestrians’ “eyes on the road” so to speak, so they stay out of busy roadways.

Do you think this is as awesome as we do? You can fund it on Indiegogo through January 19. The city that brings in the most donations will get ActiWait in their city. Now that’s a perk.

What games would you like to bring to street poles? Let us know in the comments!

Katelan Cunningham
Katelan is a tech junkie obsessing over all things startup and design. She has entirely way too many apps on her phone and is no stranger to binge-watching. She accidentally fell in love in Los Angeles and that’s where she currently lives, writes, tweets and grams.
Games
Tech
Games indiegogo