Petcube Lets You Play With Your Dog From Anywhere 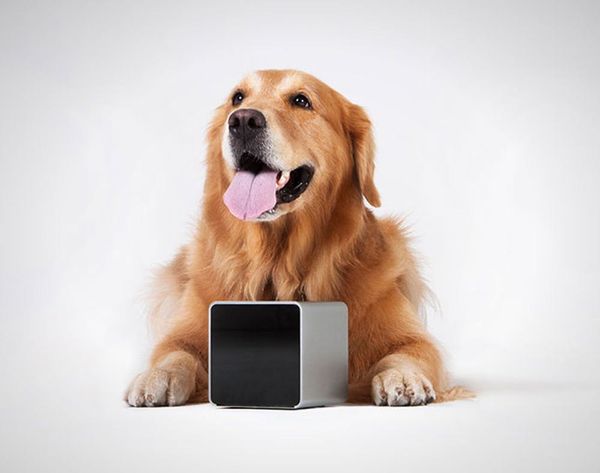 If you have a pet and work full-time, you likely have some pet parent guilt about leaving them home alone all day. How do you prevent them from just sleeping all day, or worse tearing up your stuff? That’s exactly what Petcube aims to change. It’s a sleek gadget that connects with your smartphone, allowing you to both see and play with your pet no matter where you are. We can’t wait to get them for all the pets of Brit + Co.

Currently a project on Kickstarter, the Petcube box contains a wide angle camera, microphone, and speaker, so from the app you can both see and talk to your pet. You’ll just have to train them to come to the cube when you call. You can take photos and video directly from the app, which means you can capture all those silly moments even if you aren’t home. But this isn’t just a gadget for keeping an eye on your pet, you can also use the setup to play with them when you’re not home.

The Petcube has a built-in laser pointer that you can control with the app. It’s a game for both you and your pet! And if anyone in the office asks what you’re doing on your phone during the day, just let them know you’re exercising your dog or cat. No one can argue with that!

If you don’t have a pet, never fear! You’ll actually be able to play with your friends pets by connecting to their Petcube. The founders eventually hope to install Petcubes in animal shelters to connect pet lovers with dogs and cats that are available for adoption. We’re fully in support of using technology to connect future pet owners with their furry friends! To get a full look at Petcube, take a look at their Kickstarter video:

If the Kickstarter is successful, you’ll be able to get your Petcube as early as May 2014. Supporting them now will score you a device for $149, instead of the $200 expected retail price.

Do you have a pet? If so, how do you keep him or her active during the day? Tell us in the comments!

Kristin Appenbrink
Kristin combines her love of words, a passion for creating, and a drive to learn new skills. Plus, as an obsessive ice cream maker and storyteller she always has a scoop to share.
iPhone
Pop Culture
iPhone Kickstarter
More From Pop Culture