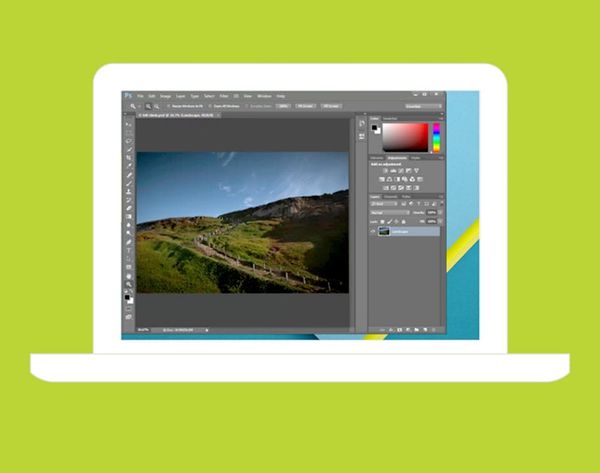 The days of buying a disc to install a program are long gone. While it was only a couple years ago that Adobe moved to a cloud-based creative suite, holding a software disc in your hand already feels like ancient times. Access to the suite is getting even more accessible with Project Photoshop Streaming which allows you to access Photoshop right from your browser. Now how old does that disc look?

The capabilities of Project Photoshop Streaming are exactly the same as what you’ll get when you download the program from the Creative Cloud. In fact, with access to the Creative Cloud, and the addition of the Creative Profile, you’re becoming less and less bound by hardware anyway, so what perks could streaming Photoshop have to offer?

First off, Project Photoshop Streaming is not downloaded to your computer, but instead runs in a “virtualized environment” so you can run it right from your Chrome browser or Chromebook. All files link back to Google Drive, meaning they’re already backed up in the cloud.

With this large program running on Adobe/Google’s servers, you don’t need a super powerful computer to run it. When you install Photoshop, you’re just installing a web app, so it’s not taking up excess space on your computer. But on the backend, Google had to do some serious manipulating to get the thing to work. When you’re running Photoshop from your browser, Adobe and Google are running the app on a server and streaming a video of the app to your browser. Whoa.

The downsides (besides having to be connected to the Internet) are that the web version doesn’t have printing or 3D capabilities… yet. It also doesn’t run on a graphics processing unit, which means some graphic features are unavailable right now. There’s a complete list of those right here.

Seeing as Adobe launched this project in partnership with Google, it’s currently available exclusively for Chromebooks and Chrome browsers on Windows devices. If you’re an Adobe education customer with a Creative Cloud membership, then you may soon be able to join the 1,600 users with access to the beta version.

While we’re still head over heels for the recent updates to the Creative Cloud, web capabilities open a whole new door. When you’re working from a browser, you’re less confined by which machine you’re working with, and you can fully explore the capabilities of a program without having to worry about your work files cramming up space on your computer.

Adobe hasn’t announced an official release date, but we’ll be excited to try it when it does.

What do you think about the beta Project Photoshop Streaming? Let us know in the comments!

Katelan Cunningham
Katelan is a tech junkie obsessing over all things startup and design. She has entirely way too many apps on her phone and is no stranger to binge-watching. She accidentally fell in love in Los Angeles and that’s where she currently lives, writes, tweets and grams.
Google
Tech
Google Photoshop